Today is Groundhog's Day! On February every year, Philip, the weather predicting groundhog pops his head out of his hole and peers around. If he comes out to play, then spring is here! If he sees his shadow and vanishes back into his warm cozy burrow, then we know that we are in for SIX MORE WEEKS of winter! 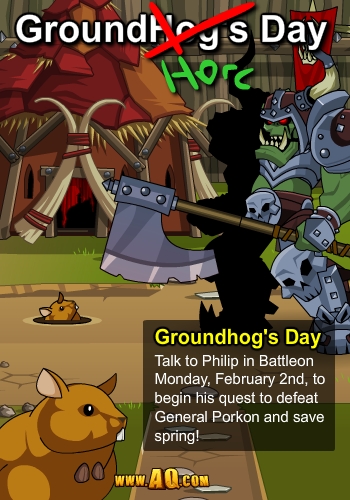 Will Phil see the sun?  There'snow way to tell!

Though most of the northern United States is being hit by a massive snowstorm right now, YOU don't have to worry about that! You can talk to Philip in Battleon until this Friday, February 6th, to begin his quest, defeat General Porkon, and shine on with your own groundhog gear!

* Trivia: Outside the United States, "football" refers to soccer.

Don't miss your last chance to get the Nulgath birthday gear before it leaves... FOREVER!** You can find his birthday shop in your game menu until midnight tonight! 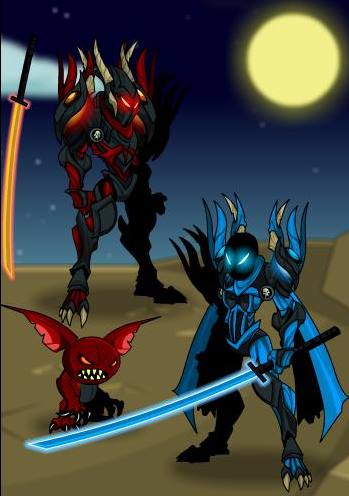 Note: the Superbowl gear released last night will ALSO leave soon! The gear and /punt map will be available until Monday, February 9th!

** Except for the Golden Hanzo Void set from Klunk in the Underworld. That's here to stay for good! (And evil.)