Head to our Limited Quantity Package page to grab some holiday rares and cheer! Only a few heroes in AQWorlds will ever be able to equip them, which means once the quantities run out, they become instant status symbols for you rare hunters. Each package also comes with a unique badge in your Book of Lore! 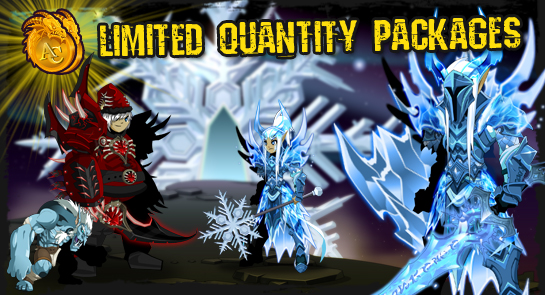