Past, present, and future Frostval items freeze the insides of Quibble Coinbiter's pack... and YOUR inventory! AQWorlds' very own time-traveling sales moglin is back Battleonthis weekend with all-new holiday gear! 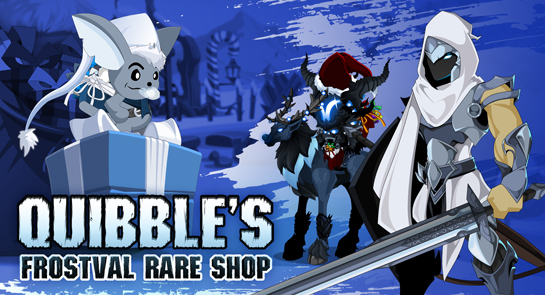 You won't be left out in the cold because, though most of his items will cost AdventureCoins, we will include gear for both members and non-members, too! 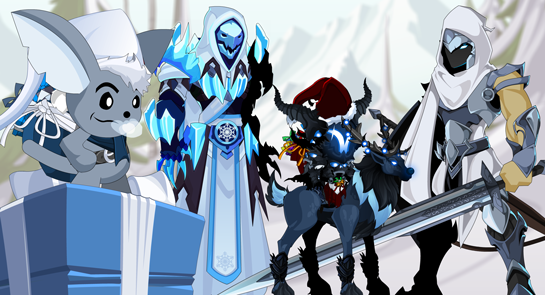 Wait... Who (or what?) is Quibble Coinbiter?

Not exactly sure who Quibble Coinbiter is, or how he gets all that gear? Neither are we!

But here's what he said last time I asked: 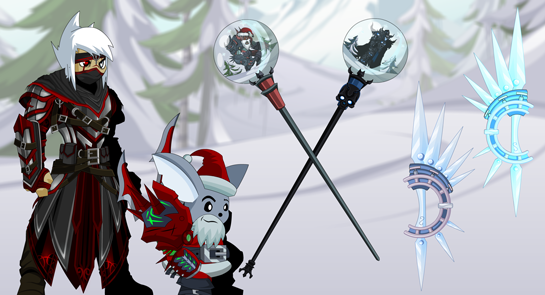 This gear and more will come when Quibble's shop arrives on Friday PLUS a handful of items celebrating Beleen's birthday gear will arrive in the December Featured Gear Shop in your game menu!

This icy equips won't be around for long, though. Quibble's gear and Beleen's Birthday gear leave on January 6th, 2017!

* The Paragon Paindeer Rider Bank pet does not have quests. A version of the pet with Legion Token quests will arrive next week.