Return to Frostvale This Weekend

We're starting our month of giving... with GIFTS!

Frostval is a time of peace, cheer, and spending time with family and friends. Oh, and one more thing -- GIVING GIFTS! It's one of my favorite times of the year, because I love picking out just the right thing to put a smile on the faces of my friends and family. That's why this year... we've got some very special gifts coming for you... and to start the season off right -- you'll get to fight for exactly what you want! (Ok, maybe that is not very peaceful... but it should be pretty FUN!) 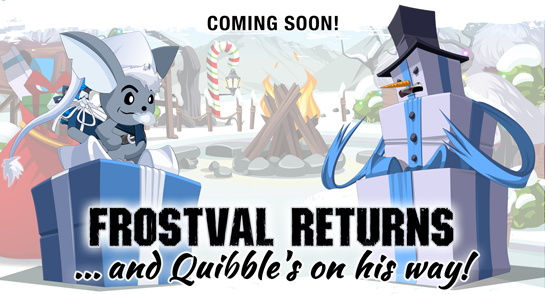 /join Frostvale to begin battling through all the previous years of Frostval releases, then test your mettle (and metal!) against the biggest gift of them all: Giefury!*

Don't miss ANYTHING, because we've got a month of holiday awesomeness to thrill and chill you! Later this month, our all-new Frostval 2016 event will return... and you'll face Karok AND Kezeroth!

Also happening this month: Honorable Hero awards will go out at the end of the year!