To all the Father-Heroes out there... Thanks!

Father's Day is the time of year when we dust off our golf bags, sharpen our grilling spatulas and let our dads, grandfathers and other father figures know how much they mean to us! 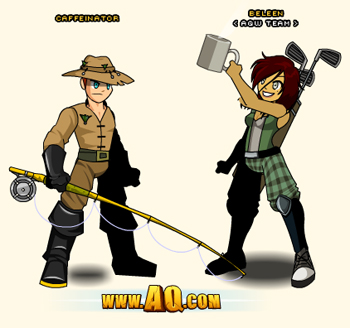 Every father will enjoy the bounty of BBQ grill gear, the up-to-par Golf Suit set, a Gravity Defying Coffee Mug, the paper-cut-inducing Newsparchement, and the good Ol Fishin’ Armor Set... you can find them all in your Game Menu. Or better yet, get your dad to log in and battle alongside you! Then he can get his own!

World War Lore is raging in Willowcreek as the war meter is about to hit 75%! 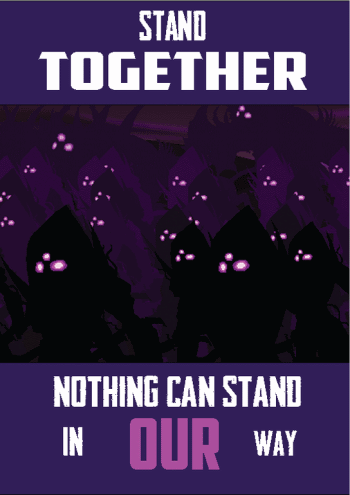 Except the Alliance of Good and Evil!

The forces of Chaos won the 50% war challenge and unlocked the Willowcreek Treasure Chest. (Battle the defenders in /creekattack to get the key.) The defenders of Willowcreek have also become weak to Chaos damage!

The Most Chaotic Friday the 13th!

If you missed it last week, the Friday the 13th Limited Time Shop is live! (We did not do an event with long-time guest star Voltaire as we are right in the middle of WORLD WAR LORE... the craziest, most massive war to save Lore we've EVER done! 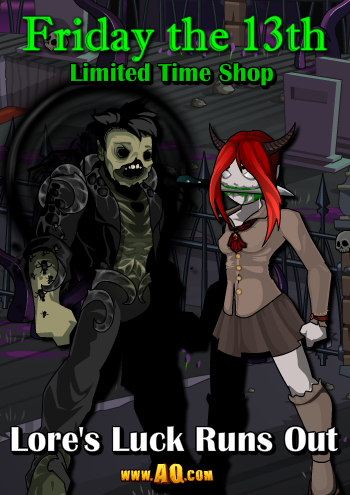 We DO have an idea for an event with Voltaire later this year, but we should talk to HIM first before we give you any details!

This past Friday the 13th was Ghost's birthday. If you don't know who Ghost is, he's the lead animator who produces all those amazing cinematic cutscenes that drive our story forward. He is a long-time AE team member (he started out as a volunteer artist/animator for DragonFable!) 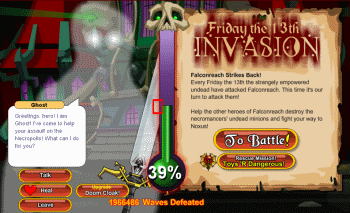 Fun fact: the LAST time Ghost's birthday fell on a Friday the 13th, the DragonFable heroes were right in the middle of the Necropolis war! (That is either really BAD luck or a very devious plot on Ghost's part!)

Wish him a happy birthday on Twitter, then get all his birthday gear in the Friday the 13th Shop when you /join worldwarlore!