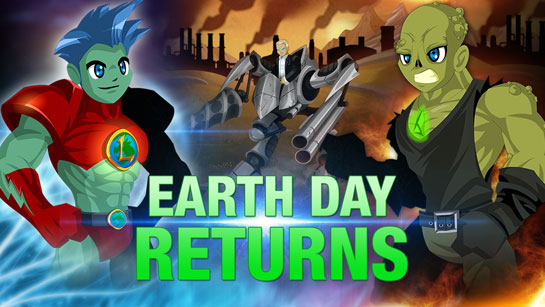 New for 2019: General Pollution’s evil knows no bounds. He has moved beyond polluting our world and is now using a new ally to pour his filthy lies into the minds of the good people of Lore. His scientists have created Commodore Core… a super-villain leading the push for deep-lore drilling straight into the heart of Lore’s core under the guise of finding newer, cleaner sources of energy.

Need help battling through the Earth Day seasonal event? Check out the event guide in the Lorepedia

Last year's Cutsey GrenwogSlayer is BACK in the Featured Gear Shop in your game menu, and is joined by the Lightning Mage armor set. Channel the power of nature as you defeat the villains trying to destroy it! 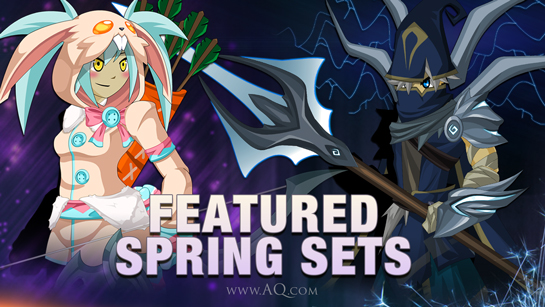 Our Seasonal Spring Event Returns: Grenwog is back!

Every year, heroes hunt around Battleon for eggs and prizes, and battle the deadly, egg-sucking Grenwog as we celebrate the return of Spring! This weekend talk to Cabdury (the friendliest, most inedible bunny in town) to begin this year's Egg Hunt quests in Battleon. 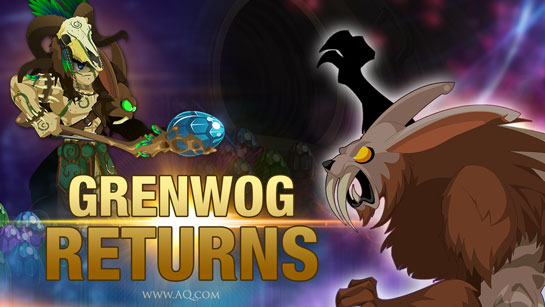 Collect the eggs hidden around BattleOn and the rest of the town to unlock the Backpack of Eggs and the Vorpal Bunny pet! (Note: Any Vorpal Bunny will be able to access the quests to get this year's regular Berserker Bunny items. Enjoy!) 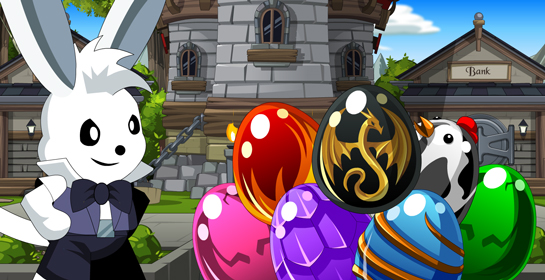 After whetting your detection skills in BattleOn, TRUE eggsplorers can talk to Cabdury and decipher his clues to find the pink, green, blue, purple, or multicolored eggs hidden around the rest of Lore to unlock all-new rewards: the Steampunk Eggsplorer set! 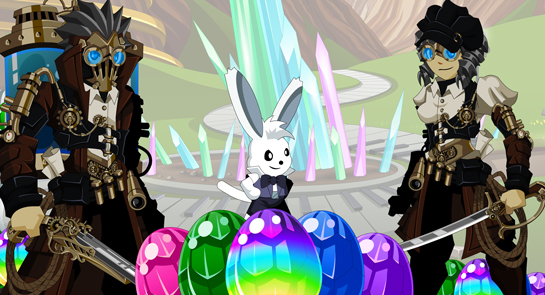 Once you've collected all those, why not try Cabdury's Treat Hunt to unlock the Evolved Berserker Bunny set? The merge items will drop from the bosses in Greenguard Forest.  With an Armor, a Helm, a Spear, and a Long-sword, you'll have a bun-tiful amount of items to choose from! The Evolved Berserker Bunny Armor also requires the drop from the final Vorpal Bunny quest.

The legendary Grenwog is one of the fiercest beasts on Lore. Each spring, it awakens with one thing on its mind -- FOOD. And its favorite snack is, of course, eggs! (And the heroes who try to steal them. So beware!) Last year's Jurassic Grenwog adventure will return, along with the seasonal boss battle in the /grenwog map! 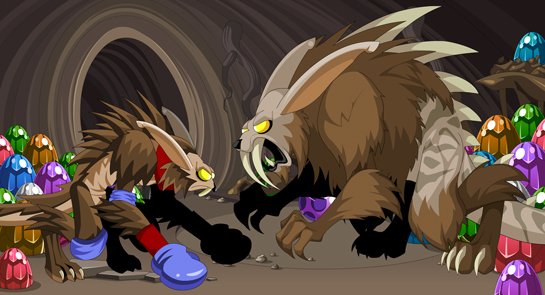 Last month, Dage vowed to craft an exclusive weapon for he loyal members of his Undead Legion. The Blade of the Loyal Legion Warrior is available for 1,000 Legion tokens from the Undead Legion Merge Shop and gives a 20% boost to gold. It's a pricey weapon, but shows that only the most loyal and dedicated legionnaires will possess it.

A new quest has been added to the Legion Castle house (available from Undead Legion Merge Shop for 25,000 Legion Tokens and 15 Shadow Shrouds).

Slay 13 opponents in the Underworld Arena to receive: