Design A Release: Round 1 Stars

Last month, we began the "Design a Release" Contest in AQWorlds. With the recent success of Artix and Cysero's "Return of the Living Dev" releases, we want to give YOu a chance to show off your creativity and shine just as brightly! This is your chance to create an entire AQWorlds release of your very own - choose the monsters, plan out the quests, write the cutscenes, and suggest rewards! 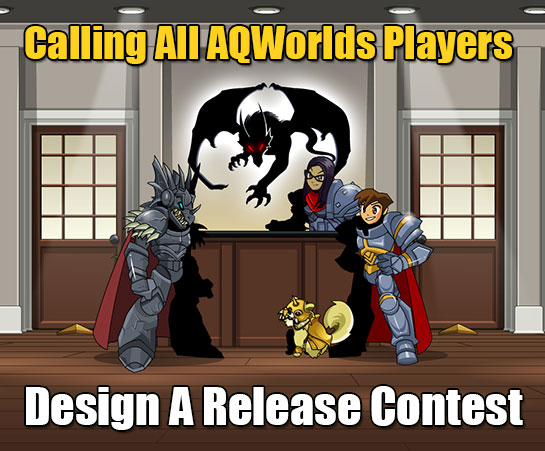 This is really more of a "release design submission" form, but since those designers whose entries are pulled get some sweet AdventureCoins for being amazing, we've called it a "contest."

Listed below are the Round 1 Stars - they will all receive 1,000 AdventureCoins for wowing the AQW team. The four entries listed below are scheduled to be released this year, while the others may be created in the future.

We have hundreds more entries to read through, so if you do not see your name listed above, never fear! I am going to draft more reading help (and maybe invest in an instant coffee IV drip), and we'll get through the rest of the current submissions as quickly as possible.
Tags: Alina, Design a Release,
Read more Design Notes