Log in to Battleon to get your own Daimyo Pet

Each year on June 1st, Artix adds Daimyo into Battleon for his birthday, so heroes can buy him as a pet. The real-life pet Daimyo was the inspiration for Daimyo, the Undead Slaying Pomeranian, who appears in many of our video games. This year, when we woke, we found a special surprise in the Battleon Town Fountain. Until Monday, Members can head there to get their own battle companion. 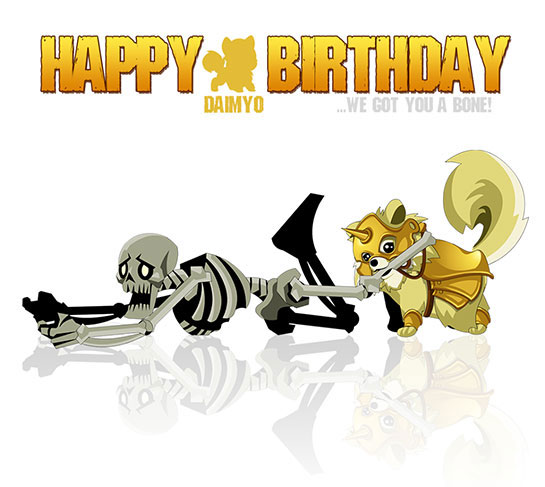 Adding in Daimyo for his birthday is a tradition that started in the original AdventureQuest. For 15 years, the real-life Daimyo battled alongside Artix, often coming to the Lab to help defend from potential undead army attacks... or student tour groups... or the lunch cart... or HeroMart package delivery men... 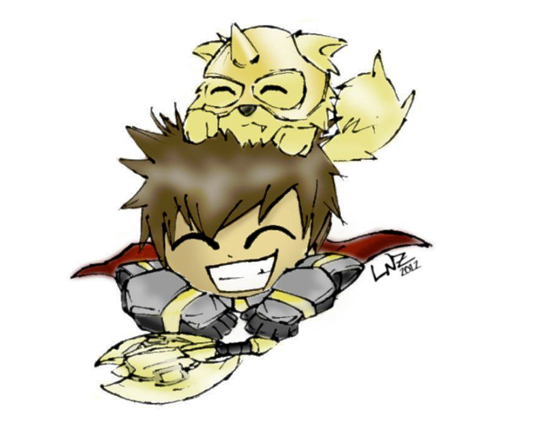 On Monday, the fountain will change back to the Daimyo Statue -- where he will live on forever, as an iconic symbol of hope, loyalty, and cuteness. On Monday, a new Daimyo pet will also be permanently added in Artix's Necropolis merge shop - the ShadowScythe Armored Daimyo battle pet.