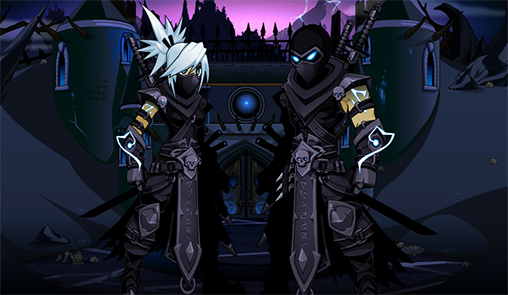 How to get this Class:

Mana Regeneration: Legion Blademaster Assassins gain mana like most other evasive Classes, by doing damage and dodging. While you dodge, you regen HP as well. High amount of Dodge is the key to have high sustain and mana regeneration.

Stats: This Class is an Evasive, so they prefer on their secondary stats (Hit, Crit, Haste, and Evasion) more than anything else. Also focus on high Dexterity before Strength to be nimble but effective with precise attacks.

Auto Attack:  Nukitsuke
1.75 second cooldown
A blade strike from the hilt, fast enough to hit before your opponent gets a chance to act. 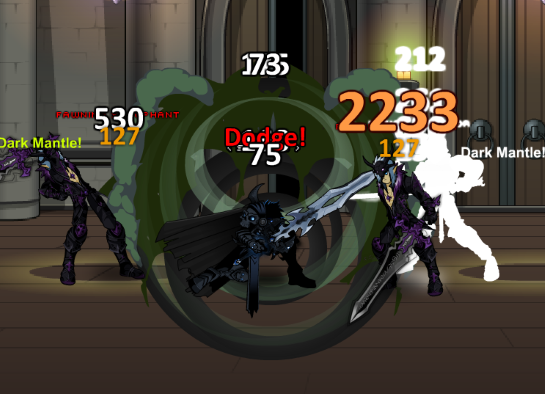 Rank 1:  Diminished Steel
12 Mana, 9 Second Cooldown
Your inner Legion beckons, dealing more damage on the verge of death. Guaranteed to Hit and Crit. 50% chance to apply Spinning Dragon, negating their next attack to 0.

This is your main damage skill, really reliable since it always Hits and Crits. Here's the catch, this skill does more damage the lower your HP is. If timed correctly, you can increase your Damage Output by a ton if you fight on the brink of death.

As you come back to the living temporarily you empower yourself, increasing Dodge by 25% and Critical Strike Damage by 30% for 18 seconds. As your body deteriorates back to the form of undead, you also deal 30% more damage but you apply a Moderate DoT to yourself and also preventing you from receiving any healing from all sources for the duration as well. 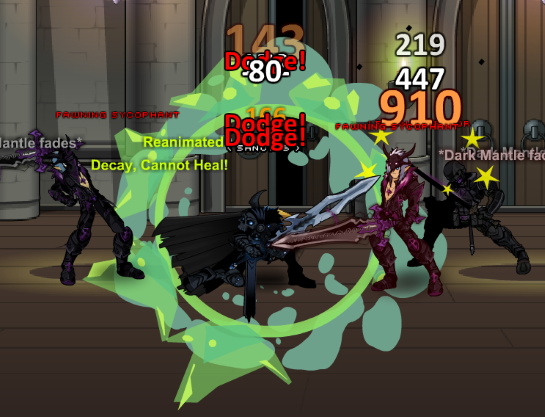 This is the core skill on the Class. very similar to the original Blademaster Assassin, but with a twist. You have slightly more Dodge, Critical Strike Damage, and Damage output than the original Blademaster Assassin but now you can’t heal from other sources and have a pretty strong DoT on your self rotting you away back to the dead. Take caution.

Rank 3:  Consuming Blades
Mana 20, 11 Second Cooldown
Lashes out on anyone too close, dealing Moderate Damage to 3 people and drains their life force, healing you for some of the damage done.

This is your minor AoE similar to Simple Solution on Blademaster Assassin. Except on this one, the damage is the same to all targets and heal for some of the damage done. Pair this up with Reanimation, gives you incredible sustain when fighting more targets. Wait you applied Decay on your self how can you heal? Well the sheer function Decay does not negate Necromancer Heals so drain on !

Legion’s Bargain allows you to chance with the Legion, dealing more but taking more permanently. Requiem gives the Class more of a Bruiser Ninja feel , giving it more HP to tank more and to source damage for Diminished Steel without being that low.

Unleashes a wave of darkness dealing Moderately Strong Damage to 4 targets around the user. Dealing a Moderate DoT and lowering their Critical Strike Chance by 20% for 4 seconds.

Now here is your mini nuke, yes I said mini nuke. It doesn’t deal as much as Umbral Shuriken, but it’s up way more often, still applies a DoT and lowering their Crit chance to hinder their damage against you. Use this as often as possible to apply a constant DPS and debuff on your opponent.

Assassin’s Discretion allows the Class to have more consistency and reliability when dodging, increasing the overall core stats of the Class. 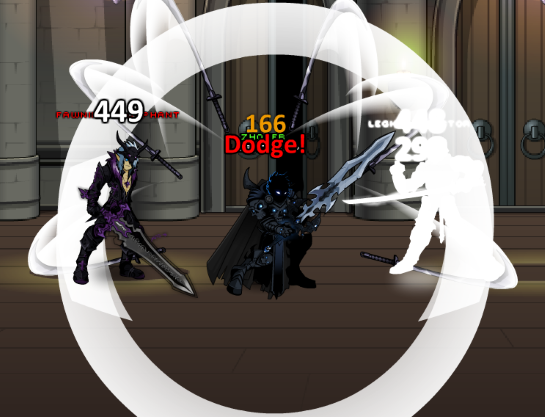 I recommend Thief and Fighter for this Class. Thief gives a lot of Dex, increasing your secondary stats is what all Evasive Classes need. Fighter gives you that brute feel to tank more damage and deal more when you’re lower on health.

Thief: The standard Enhancement for this class, focusing on your Dexterity stat is the right way to go increasing your Dodge, Hit, and Crit potential while giving you some Endurance stats and a bit on strength.

Luck: Luck will bring out the damage in the Class when you critically strike, dealing WAY more damage upon so. Also giving a solid balance of all the stats giving it some nice Evasion.

Fighter: I actually recommend Fight on this Class because you have a more bruiser feel while being a nimble ninja, giving you more tankiness and overall Strength for more base damage.

In conclusion, this Class is an Evasive Brute. Best way to call it in my opinion. Time your Diminished Steel when you’re lower on health to do major damage, note this always hits and crits for consistency in DPS. Reanimation is the core of the Class, giving you raw stats but you losing all links with the living and can’t heal from others.

Consuming Daggers help with this, even though you can’t receive direct heals, necromancer based heals isn’t in this criteria so you’re able to have a direct source of sustain at all times. Dark Mantle, is more constant DPS in AoE while performing a fairly decent DoT and lowering their Crit Chance to have a chance to tank more damage till you’re ready unleash your onslaught.

Had a blast with this variant and I would love to hear your thoughts on it. Contact me on Twitter, https://twitter.com/Sync_AE. :)