5 Days Until the Invasion

The Wrath of a Dark Queen Event Begins Friday! 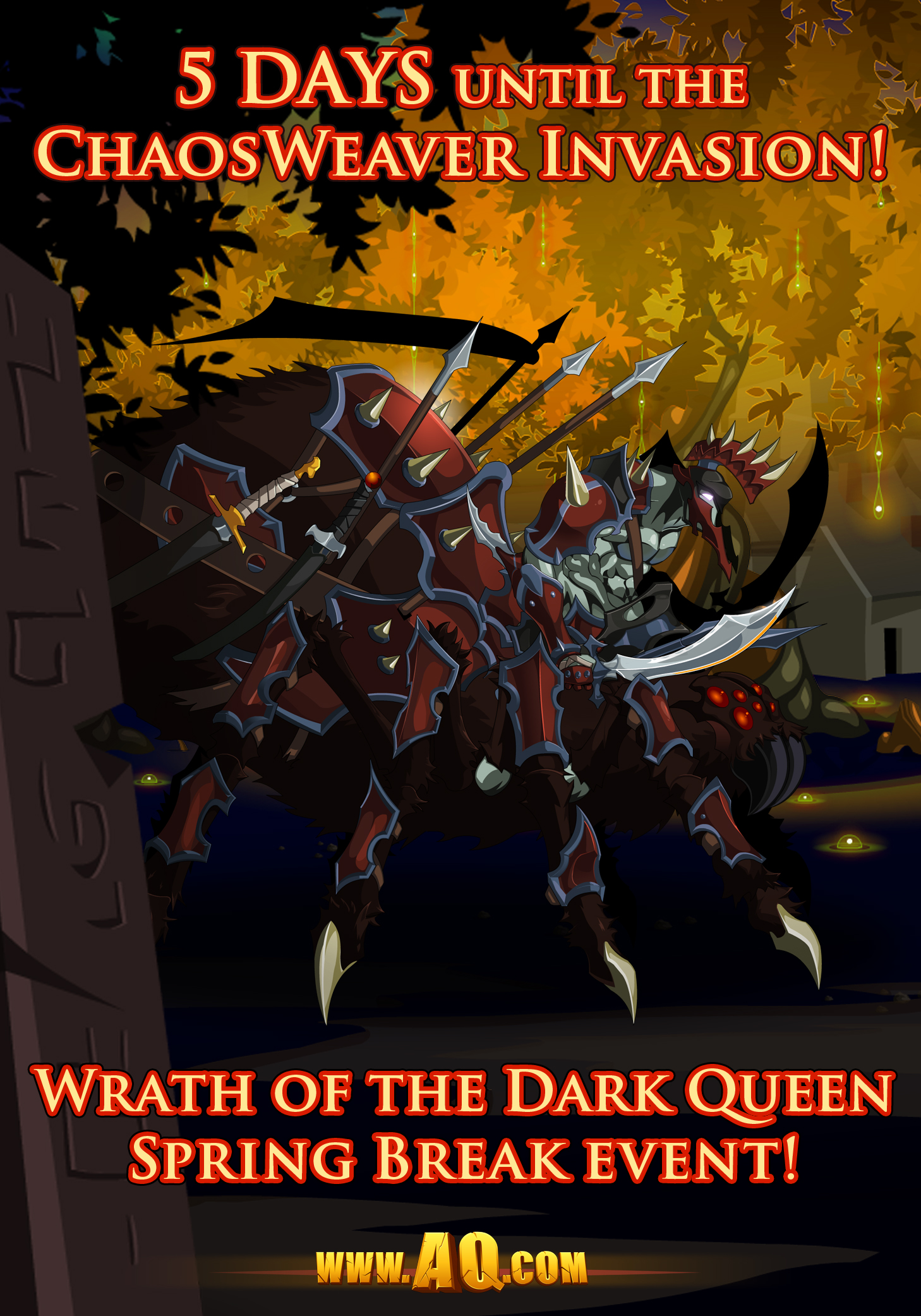 The Weaver Queen has called her ChaosWeavers - deadly, spider-like beasts from below the surface - to WAR... and YOU need to save the world! (It's what you do, being the Hero and all.) 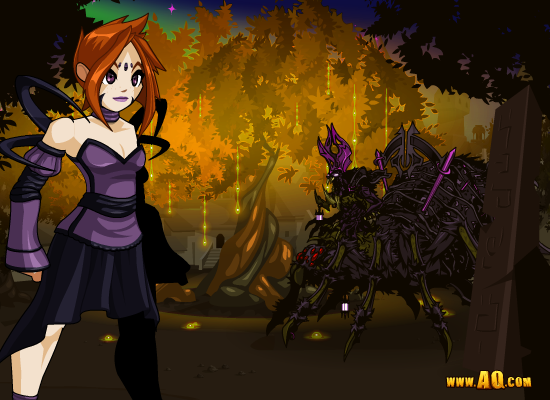 If you're not familiar with the ChaosWeavers, they are iconic creatures from DragonFable, and were vital enemies in the SoulWeaver Saga in Ravenloss, one of DF's most popular storylines. This week, you'll face them in Twilight's Edge... and across the world!* 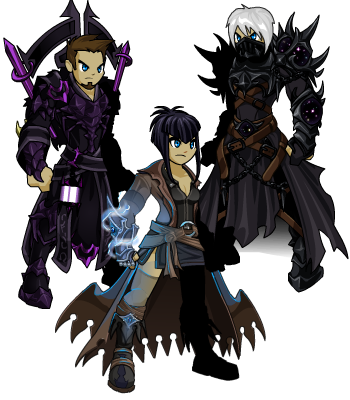 THIS time around, though, you've got no time to study SoulWeaving. YOU have a nation of very angry, VERY deadly creatures to kill before you seal the portal bringing them to our world! Riadne and Tomix will help you here, then journey with you to Ravenloss itself NEXT week!

* The Legend-only Twilight map will be getting some new quests, rewards, and updated art for the Dreadspider!

Ravenloss is crawling with spiders and spider-type creatures, so it is the PERFECT place to train up your Arachnomancer Class! The Class releases NEXT FRIDAY, and there are several ways you can get it:

Quibble Coinbiter is everyone’s favorite sales Moglin, who travels far and wide, collecting never-before-seen items to add to your impressive collection. (How is this possible? Quibble has a connection with a slightly corrupt time-travel fairy who supplies him with items that have not even been created yet.) 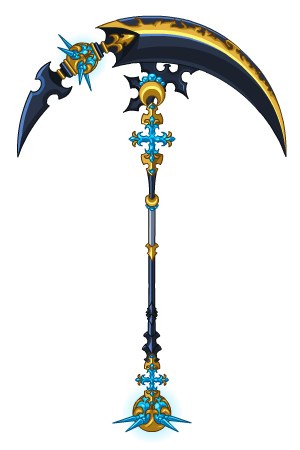 This week, he'll be bringing the Ascended SoulWeaver armor (with and without extra cape tail), the SoulBinder Armor, Tomix's Judgement Scythe**, Pandora's Rage and Hope Blades**, and more!

** Because Tomix needs to focus on the Ravenloss Part II Saga in DragonFable right now, he cannot come help AQW with the release. He IS sending you some of his favorite DF art to show he'll be there in spirit!