Because true heroes like you are commanding the Bloodtusk battlefield! Fighting the Chaos monsters wherever they are found. Paired up in parties of Trolls, Horcs, or just soloing as extraordinary, everyday heroes, you're hack-and-slashing away at each of the war meters! And if you keep pushing as hard as you are, you'll soon find yourselves face-to-tusks with a Chaorrupted war boss that NO one will expect!

Trolls should be hitting 50% sometime tonight (they are at 48% now); the war is half-won, but the battling is NOT done! Fighting on the Troll side is ferocious, with artists putting down their paintbrushes and musicians laying aside their lutes to pick up anything with a point to really put it to those twisted jungle terrors! They will not let the Horc Chaos Lord destroy their home! 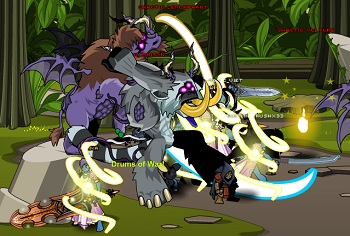 Trolls have turned from ballet postions to battle-stances!

Horcs can hit 45% tonight (they are at 41% now) if they continue ripping through the Chaorruption with as much will and stamina as they have shown so far! Battle On, Horcs! Do not let the Troll Chaos Lord take over your land and ravage your people! Your hearts are not made of easily-shattered crystal, no! Embrace the stone-strength that courses through your veins and emerge from the jungle victorious! 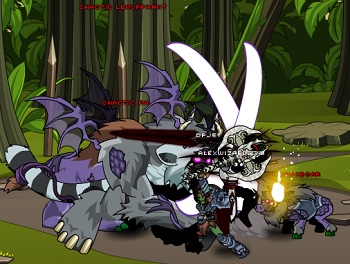 Using strength and a courage as solid as any stone from their mountain, the Horcs push forward!

The identity of the War Boss depends on YOU, so get your fellow Horcs (or Trolls) into the jungle and confront those Chaos monsters head-on! Samba has made some crazy-cool chaos pets as war boss drops, too! (No matter which side wins, these will drop.)

Yo ho, yo ho, a Pirate's gear for me! Quibble is coming back to BattleOn this Friday and he's got bountiful amounts of bad-axe booty and piratical equips for you this weekend!

His sea-worthy swag will sell for both AdventureCoins and gold doubloons, so now's a good time to loot your couch cushions and commandeer your piggy bank! His piratical backpack will hold everything from Pirated Media: 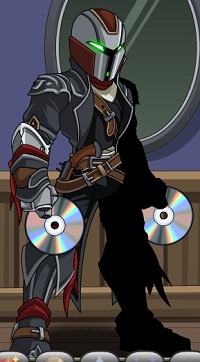 I thought Bounty Hunters went after people who pirated media...

To the Platinum Naval Commander: 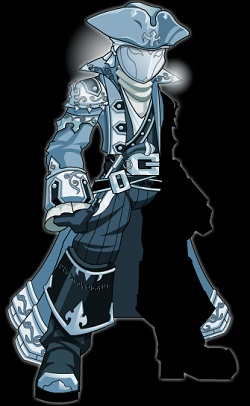 And introducing the newest Talk Like a Pirate Day armor - Shadow Pirate! 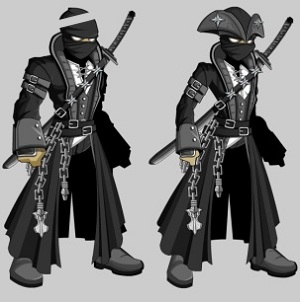 Totally NOT a ninja!

Other armors featured in this year's Talk Like a Pirate Day shop are the Legion Jolly Roger and the Jester of Torture-You-Ga! Pictures of those on Friday!

So shine your peglegs, make sure you're gear's clear (because no matter how much you love your parrot, your shoulder's NOT the poop-deck!) and polish your eyepatches, because you're going to want to look ship-shape when you set sail this Talk Like a Pirate Day! (Or else the other pirates in your party will make you walk the plank!)

AEXtras is still a great way to get FREE ADVENTURECOINS and even FREE BATTLEON POINTS, and with new Inventory, Bank slots and Premiere Event rares to buy there's never been a better time!