The forces of Chaos have taken Willowcreek, and it will NEVER be the same again! As the Alliance battles to save what remains of Willowcreek, the 13th Lord of Chaos' army has been seen preparing to march on Doomwood! The battle for Lightguard Keep begins TOMORROW! 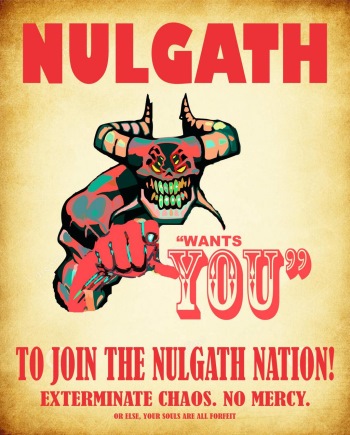 If you are still battling in the /creekattack and /creekdefend zones tomorrow, you will want to shift your attention to the Doomwood area to continue battling in the war!

If you have a Willowcreek Treasure Chest key, you will be able to access the shop from Loremaster Maya tomorrow, so keep on battling, warriors for Chaos!

Save Doomwood Forest, or Lightguard Keep falls! The winning side will determine what the Chaos Slayer's Class rank 4 passive skill (Ultimate Power) will do:

The Alliance has fought SO hard, that the townspeople of Willowcreek will be able to restore much of the town, but sometimes it is good to have a reminder of what you've faced... and what you're fighting for. Join us tomorrow as the NEXT battle in World War Lore begins!