Hey, guys! We've got a LOT of projects in the works right now, so let's run through what the team is working on behind the scenes, alongside the weekly releases that come out every Friday!

If you've seen Artix's tweets recently, you know he's been working on writing the next big saga, scheduled to start next month. For those of you who've played through the Doomwood Saga (Parts 1, 2, and 3), the set-up will be familiar to you - this is a saga that takes place inside the world and main storyline, but is not directly related TO it.

This storyline takes place in the post-Chaos Lord world, where the Queen of Monsters' minions are wreaking havoc. In a war-torn, chaos-riddled world like this, there are a lot of opportunities for NEW villains to rise. Your character is still a hero even when you (the person on the other side of the screen) are not playing the weekly releases; they're kept busy taking on all the other threats Lore has to offer.* 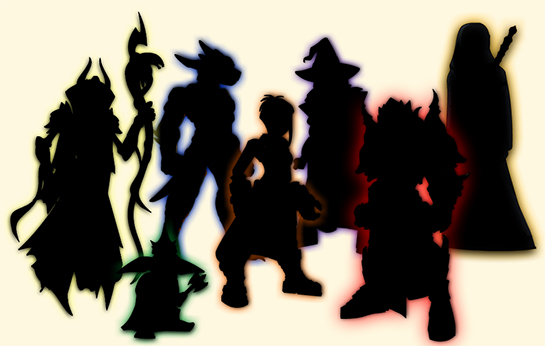 ALL the Holiday Releases!

This month, the art team began working on assets for Artix's storyline (and the Quibble shop preceding it), in addition to the spring holiday releases we've got lined up. Once those are done, we are going to ROCK THE DARK! 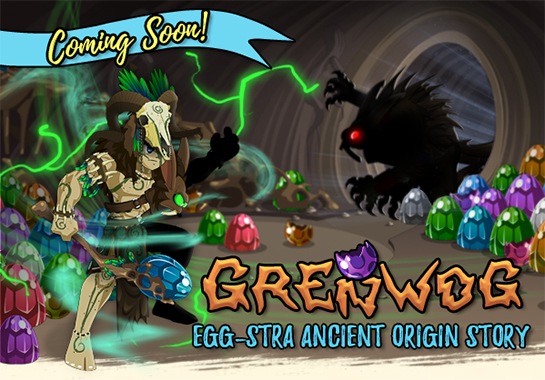 Artix is away at GDC right now (check out Cysero's post on his adventures here), but we just can't wait to start teasing you with the news and art! More design notes with teasers and previews will release over the next couple of weeks!

Changes to the Queen of Monsters Saga

We say that we make our games for and WITH you, and we mean it. Feedback on the Queen of Monsters: Ancient Evils Saga thus far has been mixed, so we're listening to what you have to say, and taking the story in a new, less predictable** direction. 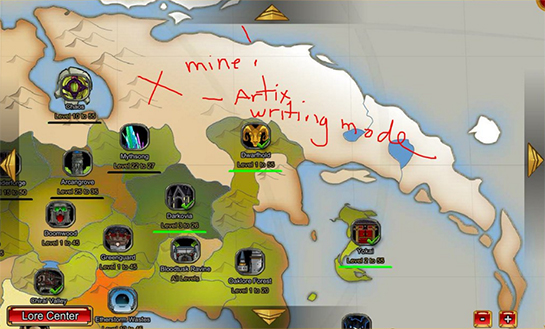 Artix's Throne of Darkness Saga is a starting point for that, as we begin to explore the wider world and see how the Queen of Monsters' presence affects the lands and people you know and love. ***

Stryche, the head of HeroMart, is preparing for the Grand Opening of HeroMart INSIDE AdventureQuest Worlds! That means you'll be able to check out HeroMart's merch, get even MORE in-game rewards when you get new merch, and easily access all your existing gear! 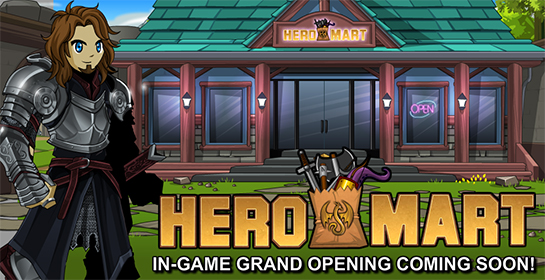 We are in the very LAST phases of the final testing before launching the new server to EVERYONE! Yorumi and M are knocking down bugs left and right as you guys log into the testing servers and find new ones. (If you haven't done that yet, what are you waiting for?! Get your exclusive PTR Tester badge now!) 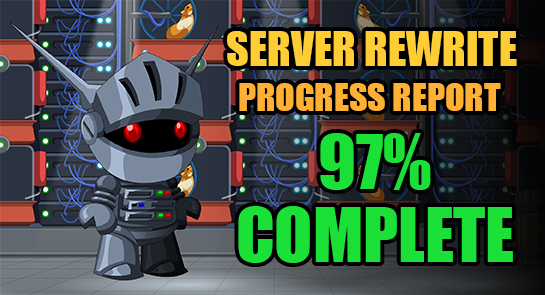 The testers have been a HUGE help, and Yorumi's incredibly grateful for everyone logging in to help test. Right now, he needs EVERYONE to log on to the testing servers and try out all the different parts of the game to make sure we thoroughly test all the systems. (Think of things like banking items, mini-games like Alchemy, joining/leaving guilds, enhancing gear, etc)

The entire team is eager to finish Phase 1 of the server rewrite so we can begin adding in the new functionality we know you guys have been waiting for!

* What did you THINK they did when you weren't logged in? Tweet me your ideas about what your character does when you're not logged in, and I'll retweet the funniest.

** After all, the Queen of Monsters embodies Chaos... she should not stick to such an easily-foreseen plan as "raise 8 titans, have the hero face 8 generals"

*** Yes, that means we're going BACK to the main continent!