Over the last couple of weeks, you may have seen tweets about PVP and getting your ideas, but also retweets of PVP tournaments hosted by a player group called The Hero Guild. This group of crazy talented players has crafted an awesome new set way for fans of AQWorlds' PVP to enjoy the battles, and the feedback from your fellow players who have gotten to try it have been overwhelmingly positive. That's why, we're excited to announce that the Hero PVP System is now an official AE Community Project!* 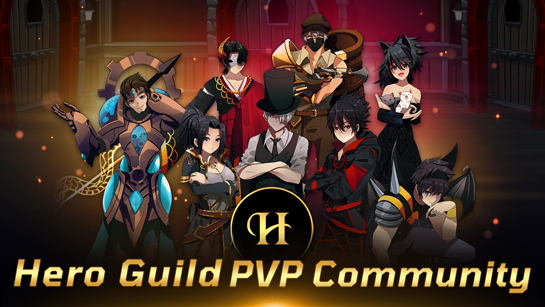 What is Hero PvP?

The Hero Community hosts tournaments, raffles, and contests for PvP. Over 100,000 APs worth have been won already, and we've received 52 weeks worth of Artix Points gift codes from the team to add even more prizes. Heromart items are also up as prizes, and even more may be coming in the future.

Hero PvP is hosted out of the Hero PvP discord and website. **

How does Hero PvP work?

Most of you are familiar with the classic AQW PvP maps, like /bludrutbrawl, /chaosbrawl, and more. Recently, working with the Hero PVP team, Captain Rhubarb rolled out the /bludrutpvp map, centered strictly around player vs player combat.

A full set of rules, guidelines, and allowed classes are available on the Hero PvP discord, along with the rest of the matchmaking functions.

We will be working to optimize and lightly rebalance many of the classes used in Hero PvP in the upcoming months. We’d like to involve all of YOU in this process as well, so you can find the newest class undergoing testing available for Legends ingame starting later this week!

These rebalanced versions of classes will be separate from their normal versions, so we won’t affect progression in other parts of the game.  You can find the testing class in the PvP rewards shop in the game menu, and it will be constantly updated with the newest class that we’re tweaking.

You can interact with other community members, our class testers, and the Hero PvP members in a special channel on the Artix Games discord, where you can give feedback and receive the latest updates for how the class is evolving. Simply join the Artix Games official discord and visit the #aqw-pvp-class-testing channel, and leave your feedback.

The Hero PVP team is made up of a mix of crazy-talented and dedicated players, programmers, and an AQWorlds game moderator.

They've joined forces to make something incredible for you and the rest of the AQWorlds community. (And a bonus tip of the hat to Jester Nalgon, an AQWorlds player and artist for making the sweet character art used in the image above. Check his art out on Twitter!)

The Hero Community has put on a BUNCH of events including 1v1 and 3v3 contests, TLAPD giveaways, and even a bounty hunter mode for taking down top players!

Follow Hero PVP on Twitter to stay up to date with current and upcoming tournaments and events.

How to Get Started

After the above post was put out, we began receiving a lot of questions on Discord and other platforms... and I've got answers! The class team is creating several PVP-focused variants to help enhance the Hero PVP community's experience, but their main focus will continue to be on rebalancing existing classes and creating new one.

The non-OP PVP community is a very specific, dedicated and passionate one, with a hardcore group of super-fans. Captain Rhubarb has made changes to assist the Hero PVP team's efforts (and in doing so, created functionality that will be useful elsewhere in the game!)

The vast majority of the team's time is still dedicated to the weekly releases + feature additions that will benefit all our players. We're helping promote the group because we appreciate the work they're putting in towards making the experience better for those who enjoy it.

Also exciting: our community managers -- Rellik and Taini -- have been working on new ways and methods to recognize and reward other community groups that are very active and helping their friends and followers enjoy Artix Entertainment's games and community! Stay tuned for more news on this in the near future.

Interested in more groups like this? Stay tuned for news as our community managers continue growing and expanding our officlal community group universe.