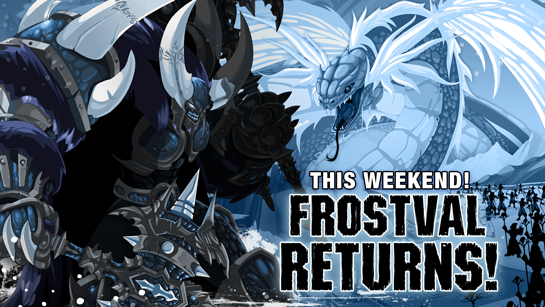 /join Frostvale to begin battling through all the previous years of Frostval releases, then head to /helsgrove to take on the first of a series of holiday boss monsters designed by members of the AQWorlds player community! The concept for Helsdottir the Ancient was created by Despera, one of the winners of our Frostval Boss Monster Design contest!

Defeat Helsdottir in /helsgrove for a chance to get the following items:

Test your mettle (and metal!) against the biggest gifts of them all: Giefury* and his darker, deadlier self, GieFURIOUS! 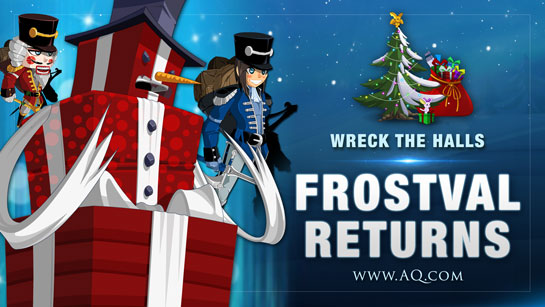 FrostScythe also drops an version of his armor set, crafted by the incomparable Aranx just to help you celebrate Frostval!

** Created just for you by AQW Community artist, Dominik!

It is time to let the SLAY bells ring! Head to the /Gifthulu map to battle an all-new boss monster stocked with gifts galore. Plus, find our fourth Frostval Gift, the 0 AC Frostval DragonSlayer, in Tinsel's Gift Boxes shop. Merry Frostval! 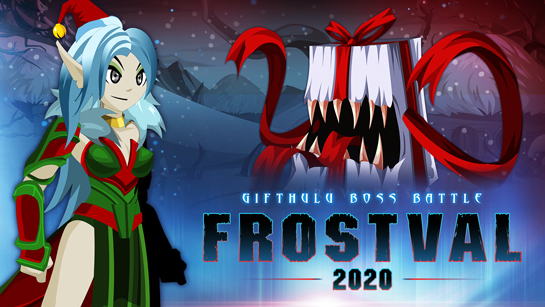 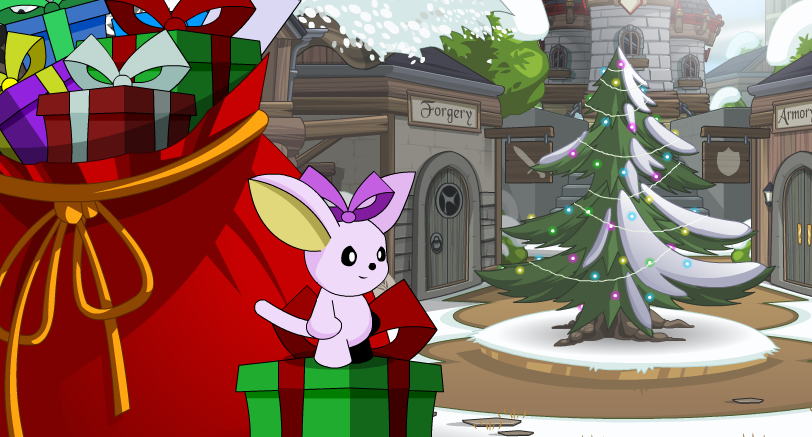 Check out the help page here for a step-by-step guide on how to confirm it.