Rise of the Shadow Council

It is Artix Entertainments 13th Birthday and Mysterious Loremasters have appeared in each of our main games, warning us of an ominous - but as yet unknown - danger!Collect the items they seek, drive back the danger once it is revealed, and unlock rewards in all our games to display your victory! 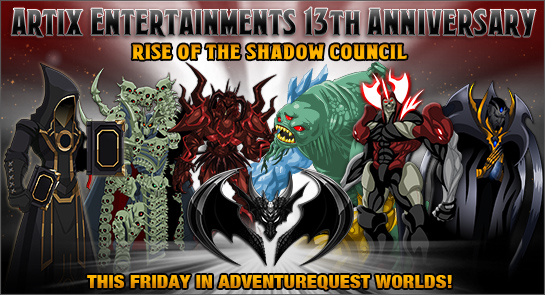 What: Cross-game invasion to save the worlds

Who: Join tens of thousands of your fellow heroes and the Artix Entertainment team

Why: Unlock the ULTRA Omniknight Blade in each game once the event ends!

Find the Dark LoreMaster in Battleon and complete his quests to unlock the "Legend of Vordred" item. Once the war ends, you'll be able to turn that item in to get the Ultra OmniKnight Blade!

October 13: Hunt through the ruins for Sepulchure’s Helm in DragonFable…*

October 16: Discover the source of the danger each Dark Loremaster warned about as WAR begins in AdventureQuest Worlds! 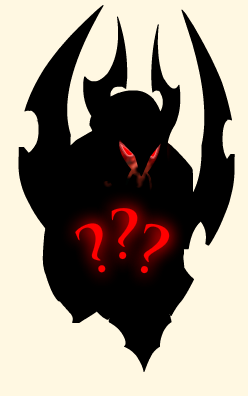 * DragonFable's release was going to go live tonight, but then the mysterious loremasters realized tomorrow is the 13th, and decided it would be more auspicious to release the quest on the 13th.

1. Log in to each game: AQWorlds, EpicDuel, AdventureQuest, DragonFable, MechQuest once their quest is released
2. Find the Dark Loremaster in each game’s hometown
3. Accept their quests and recover the items they seek. (Save your quest reward!)
4. Log in to AQWorlds on October 16th and battle through a new war
5. Once the war ends, turn in your quest reward from each game to unlock the Ultra OmniKnight Blade!

Battle through the war to earn Shadow Shards to unlock the armor and helms you see below, and find the blade in this Friday's 13th Anniversary rares shop! 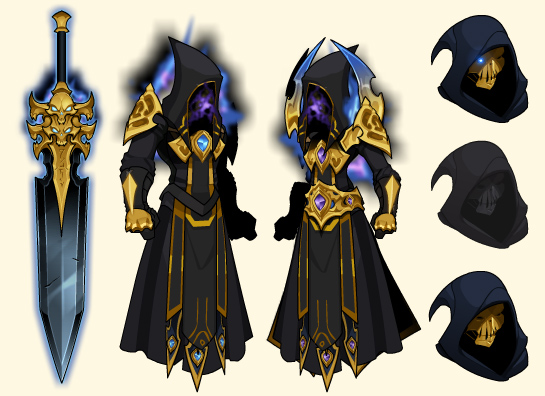 Begin the quest for the Ultra OmniKnight CLASS in AQWorlds OR buy it starting this Friday for 2000 AdventureCoins from Loremaster Maya in Ravenbreak Ridge! 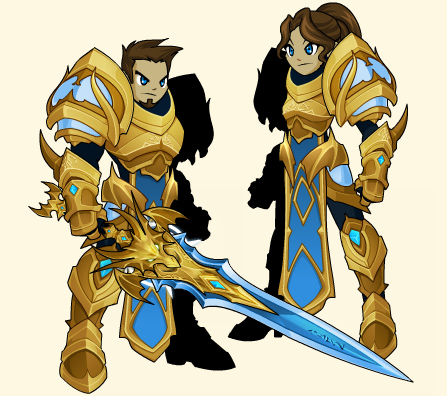 With Class art by Memet and sword art by Dage the Evil, the Ultra OmniKnight set combines the efforts of two of AQW's most dedicated and talented artists. Equipping it will display to every other Hero in AQWorlds that you are truly a defender of Artix Entertainment's universe (and team members O_O)!