This week we have two class buffs for you. The (delayed) Naval Commander and Dragon Shinobi.

First, we’ll go over Dragon Shinobi quickly since it’s a rare class and the changes were fairly straight-forward.

We wanted this class to flow together better and remove the things that made it feel less fun to play. The revamped edition has several changes that let you sustain for much longer and better fit the 'over-time' theme of the class.

Shadow Kunai now only needs 10 stacks to reach max damage instead of 60 so you'll be hitting stronger, sooner! In addition, it now gives you Foresight, letting you land auto attacks that are guaranteed to crit. Perfect for regaining mana and breaking down dodge classes.

Chi Heal used to be hard to use because it cost too much mana, and so the new version costs less and is a heal over time with an added endurance buff.

Shadow Soul now only takes 5 seconds, so you can keep stacks of Shadow Kunai while keeping its high defenses. Going into Shadow Soul and then immediately casting Chi Heal gives you a lot of survivability.

Flaming Dragon now also gives Shadow Kunai, letting you stack your damage over time even faster, while offering the same Spinning Dragon strategy at a 100% activation rate, instead of what it was previously.

Overall, the result is an easier to use class with less restraints while still requiring some foresight and strategy to best play around your self-stun.

Congratulations for beating back the forces of the Sea King in the 2018 Talk Like a Pirate Day War! You may not have been able to keep the Heart of the Sea, but you’re not leaving the depths empty-handed! Welcome to the Naval Commander revamp! The next in a series of class reworks looking to enhance the way classes play, the new Naval Commander offers a new take on an old class, that lets you bring your fleet to victory! 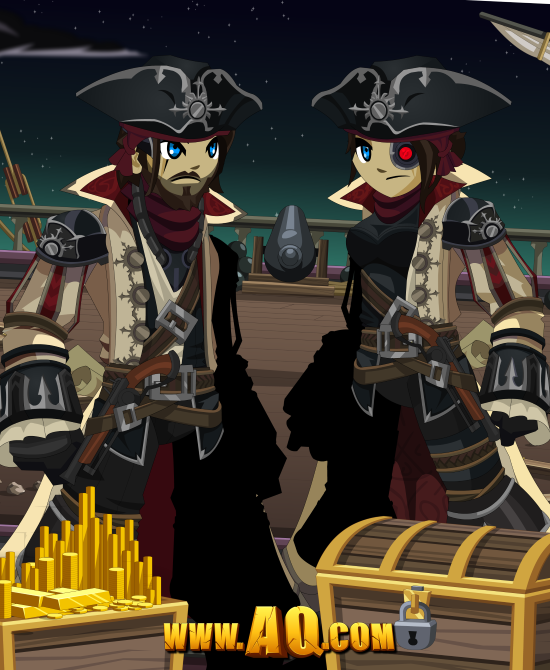 This is a straight buff from the original class. No need to buy a new version and rank it up all the way to 10 again. For those who want to try it out but don’t have it yet, the methods to get it are still the same: 2,000 ACs, or 100,000 Gold as a Legend.

* This class is only available every year around Talk Like a Pirate Day. It will not have a year tag, the same version (with the same art) is made available each year.

* As of this writing, you still have until October the 8th to pick it up before it comes around next year!

Naval Commanders gain mana when they:

Strike an enemy in combat (more effective on crits)

Description: Double click a monster to start Auto Attacking it. This is a basic attack, taught to all naval commanders. Damage dealt is based on your weapon damage. You are invigorated by combat itself and heal 5 mana on hit.

While the new Naval Commander still uses dodge-based regen, its auto attack gives back an extra 5, giving you a constant supply of mana while also providing that bonus from dodging, which you will probably be doing a lot of.

Description: A strike dealing light damage to up to 4 targets (damage is increased by more stacks of Armada) that forces the target to attack you for 10 seconds and decreases the target's damage by 20% for 10 seconds.

The cooldown on this skill has been shortened considerably. The damage reduction debuff also decreased but will last over the skill cooldown.

Description: A strike dealing moderate damage to 4 targets (damage is increased by more stacks of Armada). All targets hit suffer a damage reduction of 20% for 8 seconds.

The duration for the debuff has been increased quite a bit. You might not be able to keep a PvP opponent permanently weakened, but -20% damage to 4 targets can certainly take the heat off of an enemy battalion.

Description: The presence of the captain inspires everyone in battle. It gives 6 players a HoT and a 15% increase to haste for 10 seconds. It also increases your Dodge by 30% for 10 seconds. Applies a stack of Armada to you for each ally. Armada lasts 15 seconds and increases the damage of your other skills by 50% per stack. Armada stacks to 4.

To make this class a little more friendly to play, the old party system has been changed into a Armada system. Commander’s Rally now applies stacks of Armada, which is used to multiply the effects of other skills. Although you can slowly build up stacks of Armada with just a skeleton crew, battling in a group lets you empower the amount of damage you can do based on the size of your fleet.

Crit chance is increased by 10%

Description: Deals a large amount of damage to 4 targets (damage increased by more stacks of Armada). Applies Swashbuckled! increasing your targets' damage taken by 30% for 10 seconds. It also stuns opponents for 3 seconds.

With a new debuff that helps your crew hit harder, Flintlock Fury really shines by keeping them down with a 3 second stun, and then making them more vulnerable to your fleet’s attacks. While the old version of Naval Commander was capable of inflicting big damage, it fell short to classes with a lot of damage resistance, and now it has the tools to fight back.

The new Naval Commander takes the strengths of the old class and gives it a bit of a facelift to make it significantly more viable in farming while still keeping its utility in Bludrutbrawl. While Naval Commander also gets a bit more use in spontaneous boss battle groups, where it really shines is in 8v8 Bludrut Brawl. Preparing a big stack of Armada using a full group strengthens your attacks while empowering and protecting your team, letting you charge into enemy territory to plunder and conquer!