The AQWorlds Class Balance team has been hard at work reviewing your feedback and the in-game performance our live classes. Just released: another round of class balance updates to help you get the most out of each battle! 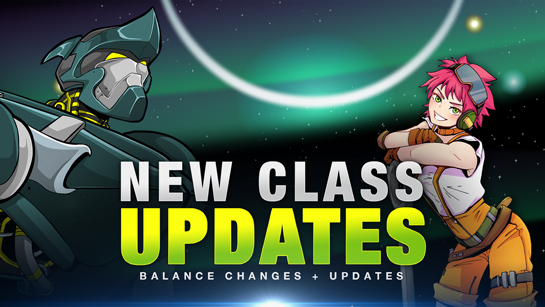 This class received a large series of changes reworking how it plays to feel more involved, interactive, smoother, and increasing your active damage time drastically. Several changes were made to control scaling in PvP due to the decreases in cooldown. Your main resource aura caps were lowered so that the time to hit max resource effectiveness is much shorter, and damage per stack scaling on auras was drastically increased to compensate. Your final DPS and performance is higher than it used to be.

The class remains an endgame DPS class with solo viability, and pvp viability as well.

This class is receiving many quality of life (QoL) updates to make its play smoother, more interesting, and add some choice in play, as well as to buff its performance.

This class is receiving a buff to survivability and farming, and some QoL changes to make it make more sense as a farmer. Remains a mid-game farmer that can be used in late-game as well.

This class was somewhat overtuned with the previous buffs to topend classes. Now that those are being and have been adjusted, this is being adjusted to match its relative placement. This will remain a meta class by performance.

This class was buffed to perform at its intended range- a mid-game class presented late in the Chaos Saga. Now, it’s a viable mid-game farmer and solo class, while not necessarily being the best choice for either.