May and June Class Updates

Over the last 2 months, several classes have received large buffs and many changes to make them feel better to play. 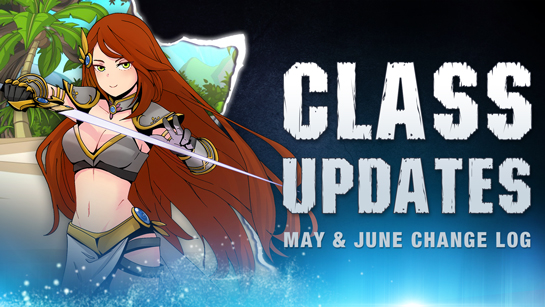 A few weeks ago, DragonLord received a number of changes that simplified the class’s gameplay, while retaining the core elements of the 2021 revamp. Some people expressed dissatisfaction with the updated class’s performance, and we’d like to shed a little light on the situation.

Many iterations of the new DragonLord were shown on the Class Test Realm, and you may have felt that the initial test version was much stronger than the final release version. The first iterations of all classes put up on the CTR are generally for functionality testing, and are not balanced yet. In fact, iteration 1 DragonLord on CTR was performing almost twice as well as the target performance (including greatly outclassing the best farmers in the game).

The 2021 revamp of DragonLord performed in the top 5 farmers in the game upon release, and we aimed to hit a similar bracket- and the newly updated class is in a similar place in the new meta.

Comparing the newly updated DragonLord to the 2021 revamp, you’ll notice the class’s skills interact much more cohesively with each other, and as a result is now significantly stronger overall.

Here’s the kind of damage you can expect using the class at Level 100, shown with both no boost and +50% damage weapons. 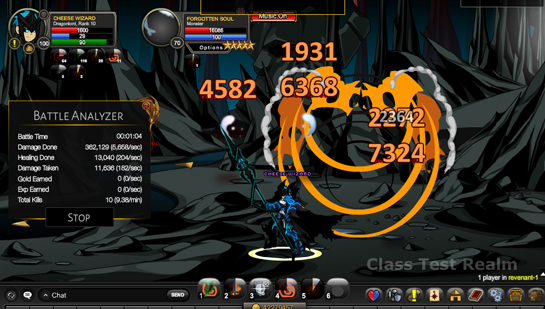 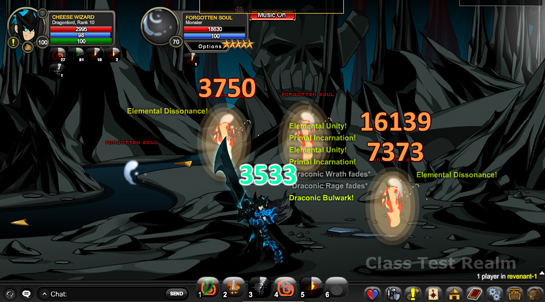 If you don’t quite feel this way about the class, we urge you to keep trying it out, as mastering it can take some time. You’ll find that when you take full advantage of the class’s skill set, its damage potential is very high.

Changed to better reflect its availability, difficulty of acquisition, and difficulty of play. Intended to be a late-game solo and DPS class that can extend into end-game if played well. Damage output over time was more than doubled, and the cooldowns have been aligned to rotate faster and smoother. Several quality of life aspects were added to the class, such as longer all-around range and a new effect on Twisted Slash.

This class presents a high risk but high reward playstyle, being very difficult to master but paying off handsomely if used well.

Pyromancer hasn't been feeling too hot, so we gave it some pretty fire adjustments to push it into its mid-game solo class position. Cooldowns, mana costs, and skill damage have been reduced, and a new aura has been added to add a bit more interactivity. Additionally, we will also be rebalancing the Pyromancer Token quests in the near future in an effort to smoothen mid-game progression.

Burn at Both Ends:

Cryomancer has always hit hard, but its high mana costs and Frozen Tears block severely depleted its resources after a single skill rotation. To alleviate these frustrations and solidify Cryomancer as an early late-game class, we've improved mana sustain, removed the No Tears aura, and shifted some of the power away from its lower cooldown skills while adding two new auras to make Flash Freeze even more devastating than it was before.

Changes were made to this class to make it smoother, easier to play, and less confusing to use. The final performance of the class is intended for upper late-game.

Many of DragonLord's skill base damage have been lowered relative to the start of the week, but its existing damage penalties have largely been removed, and it has been given a consolidated set of more powerful buff auras and passives, resulting in higher final performance.