Talk Like a Pirate Day is one of the most popular holidays in AQWorlds. Every year, Quibble Coinbiter returns with new pirate-themed gear from the past, present, and future for heroes who don't ask too many questions about where their loot originated.

This year, the AQWorlds team has been featuring a selection of different community artists. To showcase their talent, the 2018 Talk Like a Pirate Day theme is "Artist's Choice" and man, have they really pulled out all the stops! Read on for a sneak peek at some of the gear available starting next Friday, September 21st! 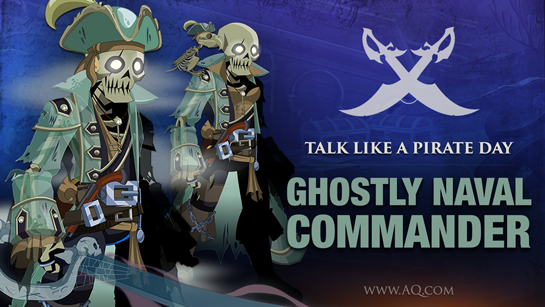 All of this year's Quibble's Talk Like a Pirate Day rare items will be available individually from his shop in Battleon until the event leaves at the end of September. 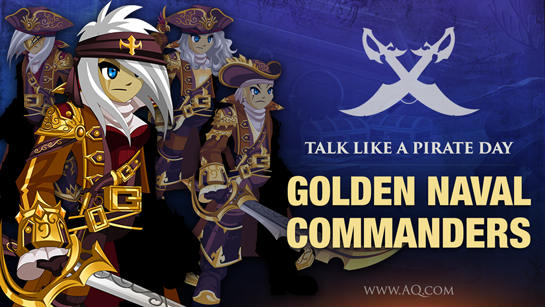 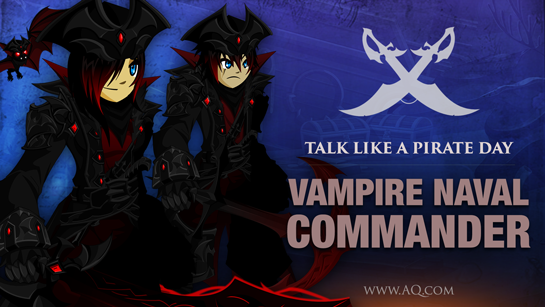 Rare collectors, take note! The Sea King's Collection Chest will be available for 10,000 ACs and contains ALL of Quibble Coinbiter's 2018 Talk Like a Pirate Day rare items (over 20,000 ACs worth of gear). This magic chest comes from the very depths of the dark sea, and has over 60+ items from all 8 of Quibble's Naval Commander and Pirate Captain sets.

This is a BOATLOAD of loot, but for you collectors (and would-be rulers of the sea) out there, the Neptune's fabled treasure chests will overflow!