Who Could Resist Its Call?

We have finally returned from our glorious Thanksgiving Holiday Break, which really wasn't much of a break. As some of you pointeds out on my Twitter, it's been a few days since we've done a Design Notes and some of you were downright HOWLING for a few DNs post but I don't have anything in-particular to tell you about so I guess I'll just humiliate myself for your enjoyment.

If you were playing Weds then you know that we suffered from a horrible bug that was making it unable to get ANYTHING from most of the Cornycopia shops. At one point we shut down the servers.

That server lock-out was my bad.

See, we have a little dashboard that lists a bunch of commands for the controlling the game. It has commands just about everything that you'd need to control AQW. It also has a button that SHUTS ALL THE SERVERS DOWN AT ONCE. In my haste to solve the shop bug I accidentally hit that button.

Something is wrong with my head and instead of panicing when anyone SHOULD panic, I start laughing uncontrolably instead. So there I was, ROFLing my face off having just accidentally turned off AQ Worlds leaving literally thousands of your fellow players stranded outside the game and every single person who could turn on the servers was either flying to their home state for Thanksgiving or driving back to their house.

I did what any great leader in my position would have done: I started messing with people on Twitter and waiting for someone else to fix it. About 15 minutes later Zhoom arrived home and turned the game back on for me. Thanks Zhoom.

I stayed until I figured out what was wrong with all of the shops and finally went home.

Every release we need to shut the servers down to add the new content to the game. There's no way around that, but this was the first time that anyone has accidentally hit the OFF switch and hopefully it will be the last

Other than that, I had a great Thanksgiving and thanks to everyone who wished me Happy Thanksgiving via Twitter. I hope all of you had a good one too. Even those of you who live in Sweden where, I am told, there is no American Thanksgiving. Which makes sense.

Artix and I are hacking away at our Frostval event which will feature some musical and acting talent that LOTS AND LOTS of people have heard of. I don't want to jinks it and I legally can't say more than that bit if it works it will be HUGE for AQW! Even if that doesn't work out we have a lot of Frostval Fun planned, the return of our Cookie and Cake Contest from last year...

and the holiday appearance of Quibble planned as we bring this year of AQW to a close.

This week, we are continuing the Frozen Northlands quest chain as chaotically charged Nythera leads you through the frozen wastes of the north. 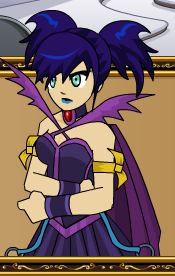 It's been a year since we began her storyline and now the calendar was come full circle. It's time for a little Dragony Goodness!

You may have heard but the AE 2011 Year of The Moglin Calendars hit a little snag. They were coming from the printers over-seas when they got held up in the Customs office in Los Angeles. Finally they have begun to move toward us again and are scheduled to arrive at the lab tomorrow sometime.

That means that the FIRST 1000 Calendars should start getting shipped out by the end of the week. Sorry for the hold up, guys, but it was WAY beyond our control.

If haven't been to HeroMart in a little while you might have missed that we now have Battleon Point Printable Gift Certificates just in time for the holidays. 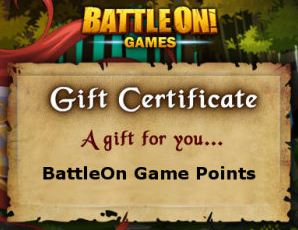 Print them out and give them to your best friends!

Actually, you can give them to whomever you like. We don't really keep track of stuff like that. Maybe you want to give one to that one guy that you kind of know, or maybe your worst enemy.

$10 Worth of Battleon Points FREE!

Biggest RIXTY Promotion of the Year!

Feeling the need for some bonus game currency? From now until December 31st, you’ll earn $10 FREE when you deposit $40 or more into your Rixty account using Coinstar machines or Rixty prepaid cards.

Here's how to apply your Rixty Points to your Battleon Master Account!

Coming To A Close

The Toilet Set leaves Ballyhoo THIS FRIDAY so you only have a few days left, and remember that the Battleon Holiday Sweepstakes is still going on. The Drawing isn't until December 10th and all you need to do is create a Battleon Master Account! Good Luck.

Hmmm. I guess I did have some stuff to talk about.