Willowcreek Conquered by the Forces of Chaos!

The 13th Lord of Chaos and their minions have conquered Willowshire... our first loss ever against a Chaos Lord.

After inflicting horror and unbelievable casualties... and leaving behind a "Chaotic Beast" to keep the townsfolk in terror... the main forces of Chaos have moved on to attack their next location. We do not yet know where... but we suspect the attack to commence tomorrow or Wednesday. 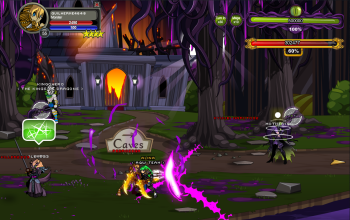 Artix von Krieger says ,"Alliance forces... a single battle does not determine the outcome of a war. We can still stop the 13th Lord of Chaos before their armies reach the town of Battleon. We WILL NOT allow them to conquer another of our towns! BATTLE ON!"