The original DoomWood is one of the most popular and memorable storylines in the history of the game. Following up a hit (not unlike making a sequel to a hit movie) is a pretty big challenge. You need to take the story deeper... innovate... do something daring (and in our case, blatantely against the rules). This new DoomWood 2 Saga is a 5 parter which will start tonight. The story will start as so many of you were hoping, taking you deep within the Necropolis. But each week... it will spiral faster and faster into madness. If you want to make a hit sequel... you will have to break ALL the rules. I REALLY hope you enjoy it friend... BATTLE ON! 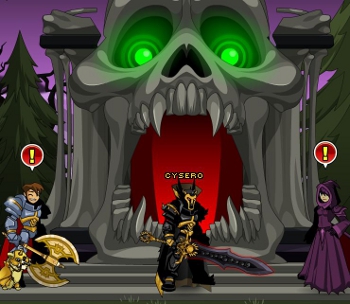 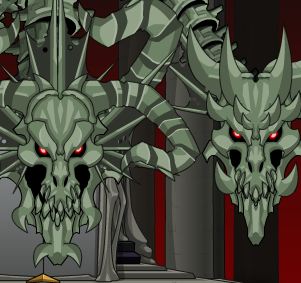 As a special bonus this week... we put in, what we believe, is an impossible battle against two DoomKnight OverLords. You have proven us wrong in the past. We are looking forward to your screenshots. 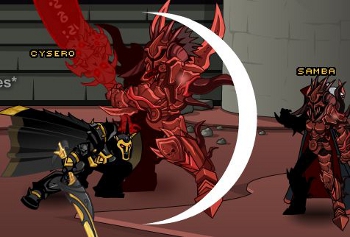 Get fired up with our newest DragonFable-themed poster, NOW at HeroMart! Featuring Xan, DragonFable's premiere pyromancer, the poster comes with red-hot rewards in both DragonFable and AdventureQuest Worlds!

Both the signed and unsigned versions of the Xan Poster come with the Fire Claw Scythe, which has a special animation triggered by using the auto-attack skill! (You will need the spitfire enhancement equipped for the special to work.) Be the first in your party to show off this all-new, blazing battle technique!