The Imvasion of Onslaught Tower!

We need your help more than ever before! Archlord Maximilian Lionfang has recovered the Darkblood Scroll which reveals the existence of an ancient weapon which might have the power to defeat Chaos itself, and with this information in his hands... he has revealed his true colors! He has kidnapped Artix, Robina, Alina, Yorumi, Beleen, Warlic, King Alteon and several more of our friends... even me. Our very lives depend on YOU! 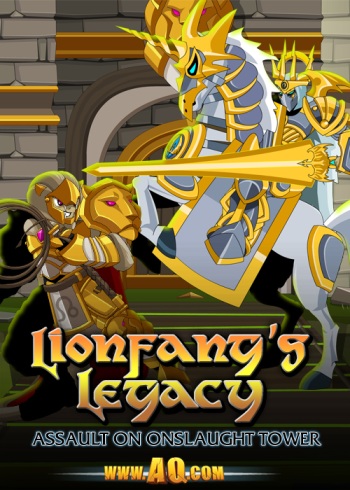 This former general of King Alteon's Army has broken the Great Truce and taken up the title of Archlord of his zealot faction, the Golden Onslaught. In recent days the heroes of battleon and even King Alteon have gone missing, replaced by illusions cast by Gravelyn's Imperial Illusionists to prevent wiespread panic! Tonight you will relive the exciting story of AQW's first Birthday event as you battle at Empress Gravelyn's side to save your friends from Onslaught Tower. 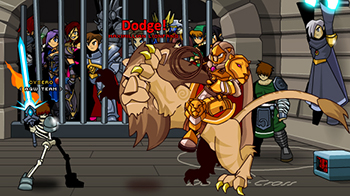 This expanded version of the Invasion of Onslaught Tower features an elnarged map so you can see more of the tower than you ever did before. It introduces a new NPC in the form of Archlich Xollen, Commander of the Shadowscythe Invasion Force, as well as a new expanded storyline full of new quests and a crazy amount of new items (all the rare items from the original event stay rare)!

This week's release sets you up for next week, as we head to the Darkblood city of Falguard, deep inside the boarders of Thunderforge!

Check out the Battleon Helper Shop for 2 brand new pets that do cool stuff! 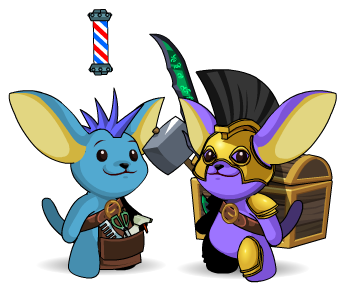 Season Of The Witch Shop

The Season Of The Witch Shop has been update with 4 brand new items including a new Battle Pet for Members! 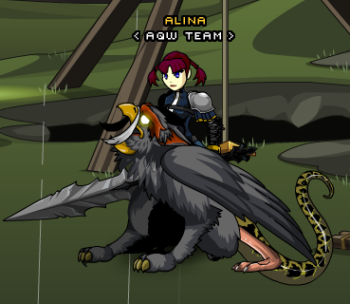 These are GUARENTEED Rare items, but there are lots of Grimm Stalkers out there so you might see other versions of the armor in the future. This version will never return once it is gone.

Finally, we have completed our long-awaited upgrades to the verification shops promised last month during Frostval to all of our DragonLords, Star Captains and Guardians. 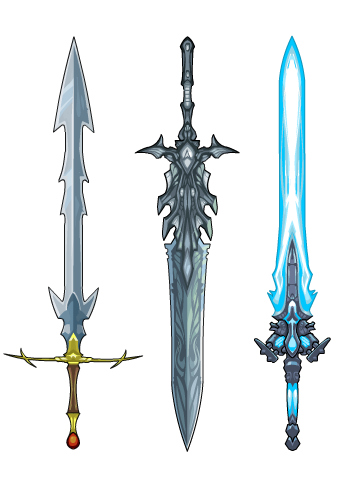 Thank you all for upgrading in the other games and thank you for your continued support in AQW! :)

Just a reminder that you can still get your February Rares Raffle Ticket from Cleric Joy's shop for your chance to win the SUATMR contest and walk away with something that smells like the inside of my backpack.

Remember that you can increase your chances of winning with Memberships and AExtras but you NEED ACCESS TO YOUR REGISTERED AQW E-MAIL TO WIN. No E-mail, No rares for you.

For a full list of the contest rules check the SUATMR contest page.