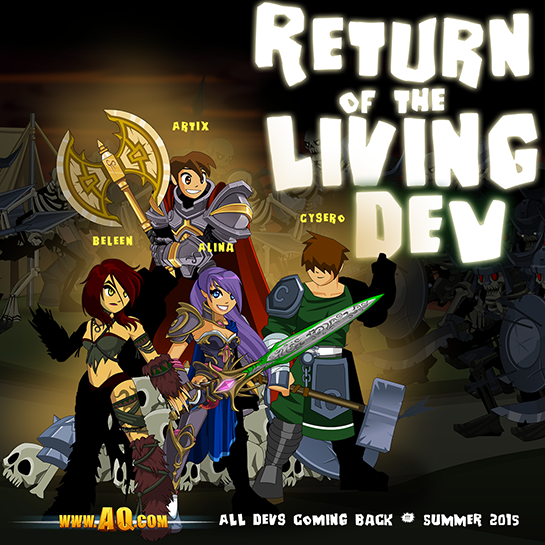 This is an OFFICIAL ANNOUNCEMENT!  This summer, all of AQWorld's former game leads will be returning to work directly on AQWorlds. WHAT!? Yes. We will be kicking our blockbuster summer event off by having Artix (excited), Beleen (fun), and Cysero (crazy) rejoin the AQWorlds team to design, write, and help create brand new adventures. Because each of them have such a dramatically different storytelling and humor style.... we decided to split them up and give each of them a week to do whatever they want. This will also allow them to continue working on their other video game projects while giving AQWorlds a lot of love and creativity. They will be pitching their plots, monsters and adventure areas next week... then fight to the death over who gets to have the first summer release. Anyone else get the feeling that this is going to get a little competitive? Keep your eyes on the design notes for more!