Welcome our newest class to the mix and get excited about some ShadowScythe General buffs! 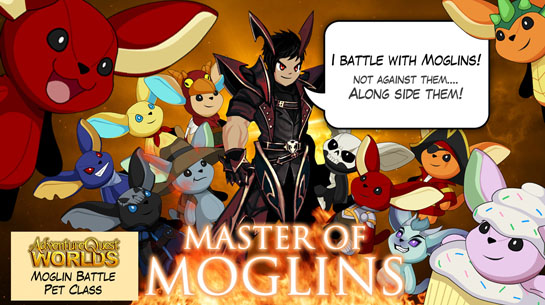 *Master of Moglins has changed since these original Design Notes came out. These changes are not final. Also, a bug has been fixed and you should now properly see all 12 battlepets! Here are the changes:

Moglin Menace
Cooldown increased from 4 seconds to 6 seconds
Aura duration time reduced from 200 seconds to 20 seconds
Aura cycling removed, auras now apply randomly and you can have all of them at once
Zorbak and Memet Auras have a 50% chance to apply
Legion and Mort Auras have an 80% chance to apply
Mort Dodge increased from 5% to 7% per stack
Memet Haste removed and replaced with Memet Crit Chance. Memet now increases your crit chance by 10%
Auras can now be refreshed

These changes were made in response to player feedback. The class now plays significantly simpler. You no longer have to wait through your cycles to get the buffs you want and get them right away. You can also get all 4 at once and oftentimes do. You also now hit 4 targets with your skills. For these reasons we had to reduce the power level on other parts of the class, notably, on hit damage and Luck. These changes have been added to the design notes below.

Thank you to everyone who contributed to the Moglin kickstarter! We are mega-moglin proud to announce the release of the Master of Moglins AQW battlepet class! Fight alongside your favorite moglin friends to take down good, evil and anything in between! Your 1 skill will summon Twilly to fight alongside you and your 4 skill will attack with all 10 Kickstarter moglins!

Before we get into the nitty-gritty details though I wanted to give a quick summary of the changes to ShadowScythe General:

We found that ShadowScythe General was very close to the power level we wanted. We didn't want it to push out other, harder to get, classes (particularly farming classes). We made some small adjustments based on your feedback. Also, we noticed a few players struggled to defeat ShadowScythe General as Void Highlords. We found Void Highlord will always win if they're patient with their skills. Don't kill yourself spamming those self harming skills! Anyways, thanks to everyone who tested out the class, we read all the feedback and appreciated all help. Your test ShadowScythe General classes should all now be Warrior skins.

Now, onto Master of Moglins!

Concept: You battle alongside moglins and call them to your aide. This is a well rounded jack-of-all-trades/buff/support class. Your skills target 4 enemies (or friends) and have long range. Due to the limiting way this class was made available, we didn't want to make it the go-to for anything. We opted, instead, for a fun, easy to use class that can be used for a variety of things.

Description: Recommended Enhancement: Wizard. Thank you for your contribution to the 2018 Moglin Kickstarter! You have earned your place as a Master of Moglins and can now call on them to assist you and your allies in battle!

ManaRegen: Master of Moglins gain mana from all hits landed in combat, and especially on critical hits.  The amount depends on damage relative to *their own* HP total.

Auto Attack - Moglin's Magical Strike: Deals between 10% of spell power as damage to your target.

Rank 1 - Moglin Life: Your Moglins heal you! Heals you and up to 4 allies on hit. Then Twilly buffs Endurance. If it's already buffed, Twig heals health over time. If that's already buffed, Cupcake heals mana over time! If used out of combat, while you don't already have a pet equipped, will summon Twilly!
Twilly +20% Endurance 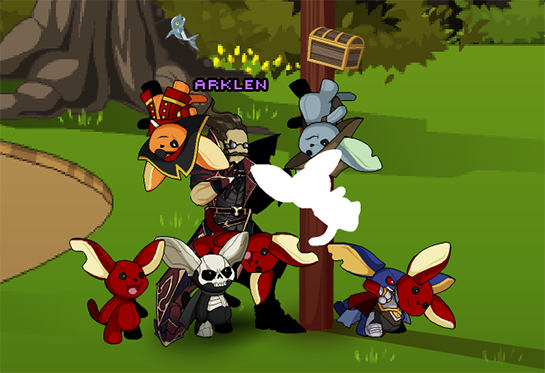 Rank 5 - Moglins Frenzy! : Damages and debuffs based on your buffs!

This final skill applies a different debuff to your enemy for each buff you have on yourself! For example, if you have Twilly +20% Endurance from your Moglin Life skill, you'll apply Twilly -20% Damage to your enemy.