The SponZard Button strikes again! In honor of the release of the new Hobbit movie, our sponsors have authorized us to release a new NON-MEMBER PvP Amulet... the Halfling's PvP Medal +900. 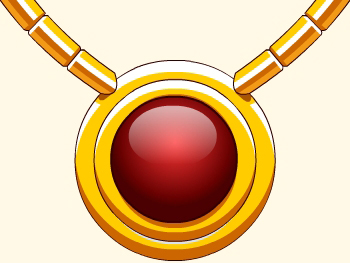 As the name implies, this non-member PvP amulet will give anyone who wears it an extra 900 HP inside any PvP game or dueling arena. This is also the first PvP amulet to cost 0 ACs which will allow for free storage.

Here's the catch, it's only available for the next 2 days!

The item is a random reward from the SponZard button which appears from time to time in the LOWER RIGHT corner of Battleon. Just watch an ad and claim your reward and if you're lucky then it will be this rare PvP Amulet!

As we've mentioned, it only appears at random intervals so if it shows up for YOU make sure to click it. Remember that this item will only be available for 2 DAYS so don't miss your chance!

The End Of All Things, Part 1!

In case you haven't been able to log on since last night, be sure to log in and play through the first part of this year's two part Frostval release, The End Of All Things.

It was a late release ast night but as soon as the servers opened our Twitter and the AQW forums exploded with excited messages about how cool this release is. High marks on the story, cutscenes, items, and even the reduced lag... but most of the praise came for the new villian, Kezeroth The World Ender.

If you haven't played through this release yet, log in and see what everyone is talking about!

PERSONAL NOTE: This was an insane release. 2 huge maps, 3 unbelievable cutscenes, a handful of really amazing items, and a couple of new features like mini-cutscenes to give some character to the dungeon crawl all between Monday and Wednesday. That's about ten days worth of production crammed into three and we bled to make it happen by 12-12-12 (Server time).

I don't get to write for AQW much anymore so when I get the chance I really want to give you guys something to remember. It was a real win for me to see pages and pages of people having their minds blown by this release. The outpouring of support from the community was really something to behold and I'm just so glad that it went over so well and that so many of you enjoyed it. Your feedback is always appreciated, but it's great (and exceptionally rare) when it's almost all positive.

You'd think that the team could take the win and maybe a well deserved rest but no. We were back here bright and early working, trying to make sure that Part 2 lives up to Part 1, and getting things ready for tomorrow.

Don't forget to check back tomorrow for a new round of Quibble Frostval Rares (Including our first Frostval BattlePet for Members), Beleen's Insane Pinkomancer Birthday Shop (all items pinked by Beleen), The Big Red Member Gift Bag, Tinsel's Present Quests and special side quests in the 12-12-12 event for Chronomancers, Chronocorruptors, TimeKillers and Members!

7 days until Just Another Day