Way, waaaay back in 2012, Aurelio Voltaire sailed to Pirate’s Bay, but his ship sunk just off the coast. The wreckage has lain at the bottom of the sea, undisturbed (?!), ever since... and so has the treasure it carried. As Friday the 13th approached on Lore, his candy-loving companion, Hargoyle, set out to find it. But that was a month ago, and he hasn’t been seen since. This year, put all your points into your LUCK stat, log in, and battle through the sunken pirate ship alongside Aurelio Voltaire as you fight to rescue Hargoyle, recover the treasure, and survive the Sea Witch's curse! 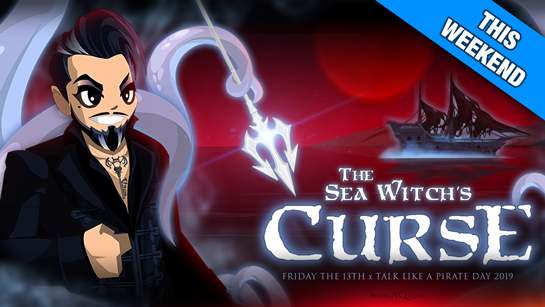 Talk Like a Pirate Day is one of the most popular holidays in AQWorlds. Every year, Quibble Coinbiter returns with new pirate-themed gear from the past, present, and future for heroes who don't ask too many questions about where their loot originated.  Read on for a sneak peek at some of the gear available starting this Friday, September 13th! 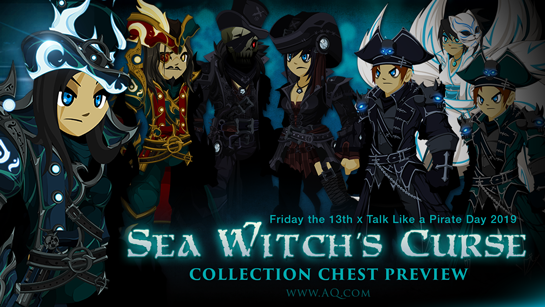 Rare collectors, take note! The Sea Witch's Curse Collection Chest will be available for 10,000 ACs and contains ALL of Quibble Coinbiter's 2019 Talk Like a Pirate Day rare items.A few important tips to remember: