Who will YOU Fight for?

Help Choose the Next Ruler of Darkovia's Vampires!

This Friday, /join EternalNight and talk to each of the four contenders seeking to become the next ruler of the vampires.* 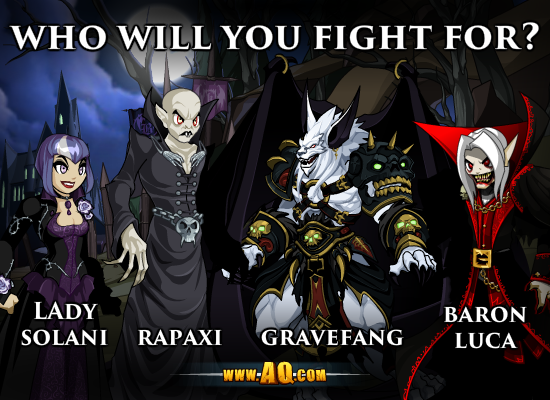 Learn their backstories, the lore of their clans, and why they each believe they are the BEST creature to rule the vampires!

Each is prepared to battle their mortal enemy as they fight for the throne, but they will need YOUR help! Once the weakest two contenders have been defeated (based on who YOU decide to fight for), the remaining two combatants and their champion (that's you!) will go head to head... in a bloodbath of monstermental proportions!

* But hurry! The Convocation of the Night, which binds them to peace for as long as the debates last, will only hold so long!