AdventureQuest 3D testers... party like it is the last weekend of Alpha Testing. Because... it is! This is the exciting end of the game's infancy... and the first steps towards the next exciting phase of game development! Your Alpha Knight gear will be waiting for you when the servers come back up later that week for the official start of PRE-BETA!

Alpha testing will officially conclude early in the morning on the Tuesday, January 12th, 2016. 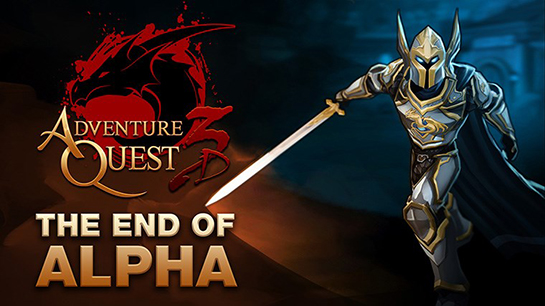 Read the rest of the post on the AQ3D Design notes!