Hi everyone! Did ya miss me? …did you even know I was AFK? Well now that I’m back, I see that the DNs are lacking in pink. Let's fix that now =D

Ok so it’s Wednesday. EpicDuel just released their Gamma update and so far… nothing has broke! Gratz, guys! And since Titan and Nightwraith seem to have perfected PvP in a MMO, we’re doing our own Player vs Player update thingymajig this Friday!

Geesh. About time too. We promised new PvP updates awhile ago… but we never promised a timeframe. See what we did there? Clever, we know!

On Friday, the Darkovia PvP map will be closed to make way for Bludrut Brawl! The grand reopening of this PTR-favorite battleground will be available for ALL PLAYERS! Yup, that’s right; Members and Non-members will finally be able to duke it out in 14 frames of 2D fury!

Dumoose will NO LONGER be selling the Werepyre Slayer Set come Friday. So if you don’t already have them all… now’s your last chance before they go Rare. 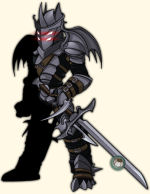 Miltonius is hard at work making a new Bludrut Brawl Set along with some awesome new PvP Awards. I wish I could show you a preview of what to expect… but he’s not yet finished. Unless you want me to draw you something, but that would probably end up looking worse than the DerpFish. 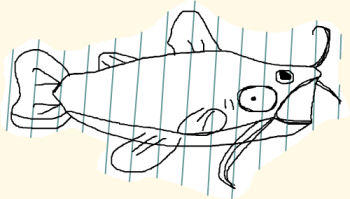 …did you know that I drew the DerpFish in pen? Oh yeah. Try drawing a catfish in permanent ink and let me know how it turns out >O________o<  DERRPA HURRRRRRRRRP!

Ahhhhhhhh. It’s good to be back. I have missed you all so much <3