“Wet” did not do justice to the state we were in. Soaked, maybe. Drenched. I could’ve drowned a moglin in my boots. Not that I would, that’s sick. It was miserable. The only thing that gave me the slightest comfort was knowing that the other members of my party were suffering just as much as me. 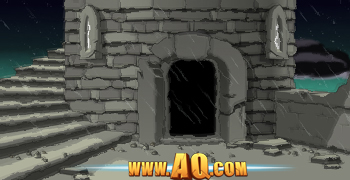 When the orange firelight of the inn came into view through the rain and the fog, I felt like cheering. All four of us trudged into the stables to change, because no self-respecting innkeeper would let us within spitting distance of the hearth, sodden and filthy as we were. 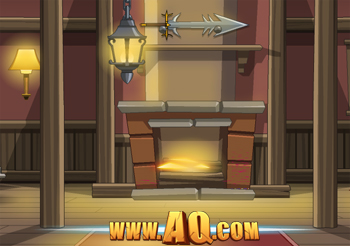 We took off our armor, donned our plainclothes, and sprinted through the doors to avoid the rain as much as possible. Deidrick paid for our stay and the rest of us ordered food. We sat down gratefully in front of the hearth. I looked around. The place was pretty much empty, except for us and a hooded man, face barely visible, dressed almost exclusively in rags sitting in the corner, far away from the fire. As we acclimated to our surroundings, the rest of the party took notice of him. I turned to Hawthorne.

“I don’t know, dude. I passed by him on the way to check out our rooms. He smells bad. Like, really, really bad.”

We whispered amongst ourselves. Trist was worried about him. She wanted to ask if he was okay, we could tell. But before she could say anything, Deidrick spoke up, with his loud, booming voice.

He looked us over. We didn’t say anything. It can be dangerous to upset Deidrick. He turned his gaze on the man in the corner.

Trist looked angry, but Hawthorne put a hand on her shoulder, and shook his head. Just because we’re mercenaries doesn’t mean we don’t have common courtesy. But Deidrick gets us the jobs, and Deidrick pays for our meals, so Deidrick gets what he wants. The man in the corner got up unsteadily and shambled his way towards us. When he spoke, his words came out in a choking rasp.

“Aye, I got a story fer ya, yes I do. Settle yerself, big man, and listen in close now.”

I barely managed to stifle a cough as he came closer. Hawthorne was right. The man smelled truly putrid. He leaned in close to me, and it was all I could do to stop myself from gagging.

“You,” said the man. “He used to look just like you. And if that fool boy o’ mine had never ventured near that crypt, he’d be about your age now, I’d say.”

We never had much, see? Barely had enough for the farm and the clothes on our backs. There ain’t much for a poor farmer’s boy out there in the world. Surely you know that. That’s why ya became mercenaries, I’m bettin’. That’s what my son tried to do, anyhow. Any company he tried to join rejected him, of course. What sorta mercenary company would take a boy who can’t even afford a proper sword? So he came back. Had a fire in his belly, he did. Said he had to prove himself. Next morning, I found his bed empty. He was gone, headed to the one place that was sure to get him killed. I put the saddle on my mule, and rode him near to death tryin’ to catch up to the boy. After a day’s worth of riding, I found him. There he was, at the entrance. Frankly speakin’, it was a miracle he even got there in one piece. Everyone who’s got an ounce a’ sense in their heads knows that no one who enters Grimskull’s Crypt leaves alive. 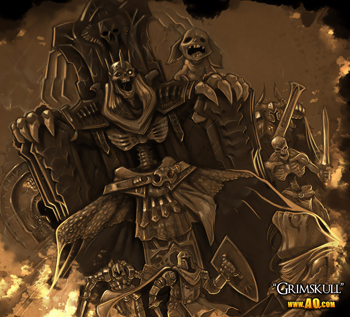 I told him this. I shouted at him, begged him, pleaded with him, told him that this wasn’t what his mother would’ve wanted. He turned around at the door, nothin’ but the rags on his back and a pitchfork that he was usin’ like a polearm. He was scared. He started to walk back towards me, started to call out to me. And that’s when the door opened. That’s when the laughter began. It came outta the darkness and took my boy. I went in after it for hours, days maybe, but I couldn’t find my son, or the strange beast that stole him away.

We were all silent when the man finished. There was nothing but the sound of the fire, and even that seemed like a hollow, insufficient thing. A little bit of life seemed to be taken out of Deidrick.

Deidrick shook his head, slowly. The man walked away from us, and I alone watched him go. There are still nights when I wish that I had just stared into the fire like my companions. He turned back to look at me, and the firelight showed me his face underneath his hood. 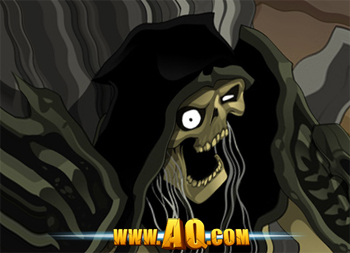 It was drawn over his bones as though it was removed, dried, and put back on again. As he turned more towards the light, I could see that he had just one eye. There was only a concave, fleshy area where the other one should’ve been. I could see maggots writhing in the empty socket, tunneling deeper into his flesh to escape the light of the hearth. He smiled at me with rotted teeth, and I looked away in horror. The man’s story was racing through my mind.

Everyone who’s got an ounce a’ sense in their heads knows that no one who enters Grimskull’s Crypt leaves alive.

When I looked back, he was gone.