The ArchFiend is waiting... are you up to the challenge?

Nulgath has returned to Lore, and he's giving his loyal followers the chance to become an Archfiend like him!

How to Become an ArchFiend

Talk to Nulgath in Battleon tonight to purchase the completely color-custom ArchFiend Class for 2,000 Adventure Coins! He'll also sell you enhanced verisons of his color-custom helm and wings. The ArchFiend Wings of Nulgath +5 do extra damage against humans and elementals, and give you a little extra rep boost all the time.

Legends should talk to Nulgath in Battleon to begin the "Feed the Fiend" quest, which will reward Fiend Tokens. Collect 30 Fiend Tokens and merge them to create the 0 AC ArchFiend Class! 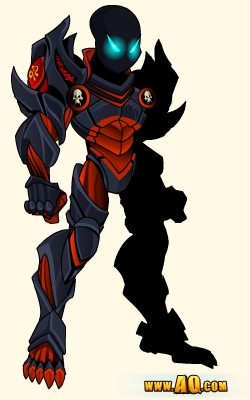 Show your loyalty to Nulgath!

Archfiends are diabolical beings from the Abyss that leave a trail of devastation in their wake. They tear through multiple enemies at a time with life-draining curses and sweeping attacks. They're at their strongest when they're fighting with a team, empowering their loyal minions to make them hit harder and stronger.

Archfiends also get a little squishy when they're at full strength, so they are most effective when they can use one of those loyal minions as a meat shield.

The Mark of Death curses your opponent to take damage over time until they give in to your awesome power! Damage increases with each stack, stacks up to 6 times. 18 Mana, lasts 12 seconds, 7 second cooldown.

Damages your enemy over time. Use this skill every time it cools down - it adds a nice boost to your damage, and the effect will stack up to 6 times causing additional damage each time you apply it.

Lash out at all opponents near by striking them with the force of the Abyss. Deals Moderate damage to all targets within melee range.

A nice chunk of extra damage when you're fighting multiple creatures. Note that this will aggro enemies that you're not currently fighting if you're standing next to them.

Your frenzied state has a chance to empower you and/or any of your allies with an increased chance to critically strike by 30% for 10 seconds.

This skill causes everyone in your party to enter a frenzied state for 6 seconds. During this state, there's a chance that a buff will proc, and if it does you'll get an extra 30% chance to crit for 10 seconds. Costs minimal mana, so there's no reason not to keep reapplying this each time it cools down.

Binds you and up to four enemies to the abyss. Dealing massive damage to your targets and increasing all damage they take by 75% for 15 seconds. You take 25% increased damage for the duration.

Enemies under Abyssal Contract will take extra damage from any source, so it's perfect for when you're with a group fighting a tough enemy together. But keep in mind that it has a wider range than Fiendish Strike, so if you're on a map with multiple monsters, you may end up pulling some from across the room.

BLOOD OF THE ABYSS

EYES OF THE ABYSS

Gives a 25% chance to perform a fatal blow to your enemy if they are near death.

Overall a very powerful damage/utility class, as long as you realize that you're not as tough and tanky as, say, a warrior would be. With their awesome crit and damage boosts, having an Archfiend in your group makes everyone more effective.