Tonight, AQWorld's "real-life Ninja" Drew Drechsel competes on the American Ninja Warrior TV show. Join us all in cheering him on as he continues his quest to become the first ever winner of the show. You might just catch a glimpse of me too... I will be there cheering him on holding a "Drew is my Spirit Animal" sign alongside his friends and family. 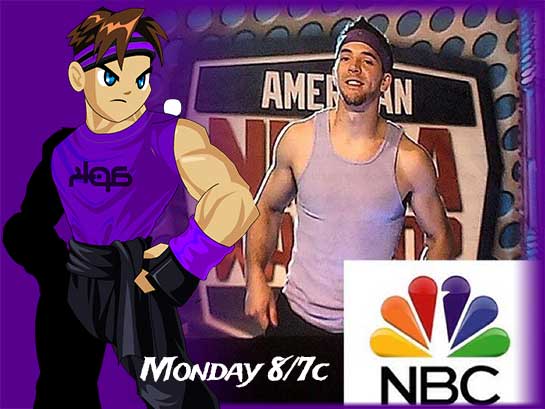 Drew has chosen purple as his official color, and we are updating his in-game ninja trainer NPC to match. (It is more... ninja-like) Want to know more? Watch the AdventureCouch interview with Drew & I below! This guy is amazing. 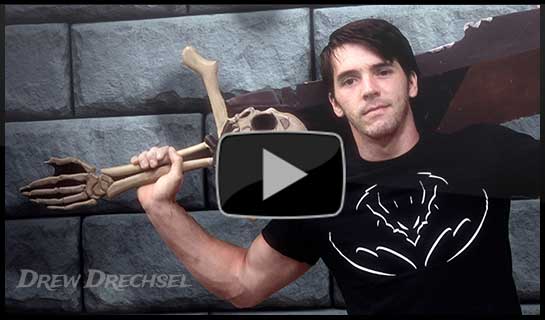 Also be on the look out for the contestant Reko Rivera. he will probably be in a red and black ninja costume breathing fire. Fun fact... Reko is the friend who choreographed my battle wedding O_O. 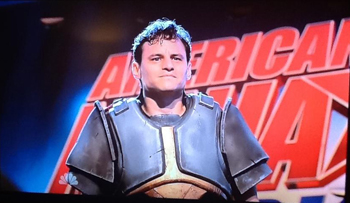 I whipped the audience into a frenzy of cheers before I charged onward to what would ultimately be…haha…a watery doom.

While I trained hard wearing the armor and would have liked to have made it further, the experience was amazing Did you see that smile on my face when I came out of the the water? Never be scared to try something new and mess up. 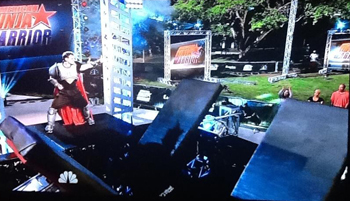 Real champions get right back up and prepare harder to try again! (…and if you also have a sense of humor you release “Scuba Paladin Armor” for free for all players in AQWorlds to celebrate.)

Before I get a rematch we have a very important mission. Drew Drechsel needs us cheering for him as he goes on to face the next course in Las Vegas!

As you may already know, we are building a 3D, massively multiplayer game that will play in your browser. You can follow the team's progress at our new website www.Artix.com . We are about to announce the name of the game project (which most people call "AdventureQuest 3D") and as promised... we will be announcing it LIVE, in-game, within AQWorlds via a Sock Puppet show! The video will be streaming straight from Secret Underground lab. There will be no script. Cysero is making the sock puppets from his own left socks.

The 1st multiplayer Alpha tests for the new game are starting SOON. Want to be an alpha tester of the new 3D game? Become an upgraded Member of AQWorlds. Members of AQWorlds will be able to participate in the alpha tests and earn "alpha points" for each test they help in.