April Fool's Through the Years

We LOVE playing games and pranks!

At Artix Entertainment, we LOVE April Fools Day! Over the years, we've pulled some pretty amazing pranks, like when we...

We were notified that Monochromatic Unlimited, Inc began shutting off AQW's color saturation on April 1st. When you logged in to AQWorlds, all of the players, the game's interface, and many of the starting maps were black and white. 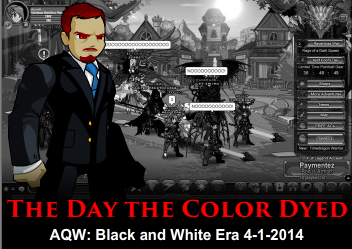 Made everyone fart all day long in 2013!

Anyone standing still would find themselves with a digestive problem... and if you turned the sound on, you couldn't escape the stinky sounds of April 1st! We also had a gas by adding the Fart Soundboard and leaving the /fart command in permanently! 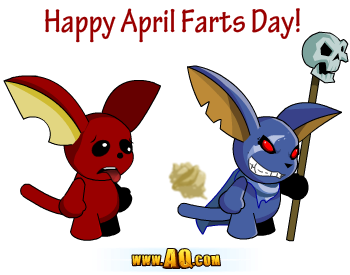 Let the sound of entertainment soothe you:

Had EbilCorp invade the game in 2012

The nefarious Chairman Platinum (CEO of EbilCorp and Artix Entertainment's most bitter rival) TOOK OVER AQWorlds! We almost lost Cysero, but everyone pulled through just fine... though it looks like the Chairman has friends in Monochromatic Unlimited. 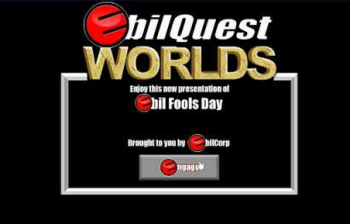 Derp derp derp-derp-a-derp derp! DUUUURRP! Beleen re-drew Battleon! She loves it when she gets to draw —as you can see, this is why Artix and Cysero won’t allow her to draw on a regular basis =D 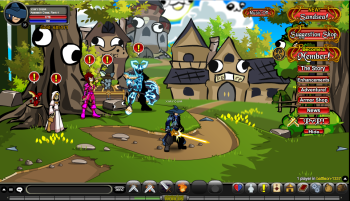 Due to a freak bug in the newly released auto-mod tool, which selects certain players to be moderators based on their in-game behaviour... All of the playersin the game were "promoted" to Mod status with a Gold Name! Meanwhile, the auto-mod tool demoted the entire staff! (...including Artix, Cysero, Beleen, J6, Miltonius, Reens and Minimal!) Just kidding! We changed everyone's name to gold so they thought they were in-game moderators!

On April 1st, 2009, our players logged to a message informing them that “to save bandwidth costs, we had SLIGHTLY reduced the amount of lines and color in our art. We ARE SURE you won’t even notice!” Then they clicked ok and saw..... Redrawn Battleon! Crazy Pranks in our Other Games! 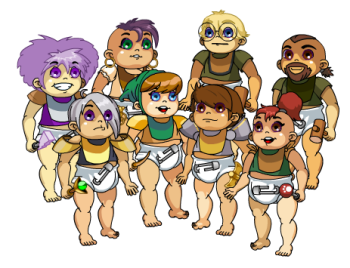 In 2011, the original AdventureQuest Let a 7 year old draw the art for an entire event! 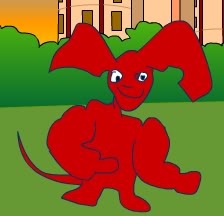 In 2010, the original AdventureQuest swapped the genders of their most popular NPCs! 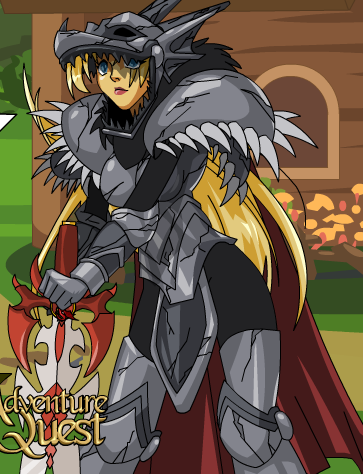 In 2009, DragonFable turned their game upside down, and had players running on the ceiling! 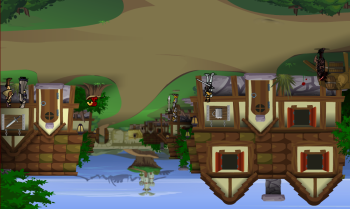 In 2008, DragonFable and MechQuest swapped their game NPCs! 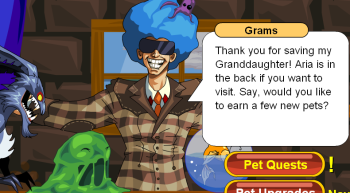 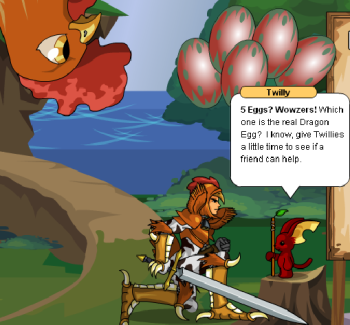 In 2006, our community staff convinced everyone that they were quitting... and the players exploded! But do not be fooled, because Artix Entertainment is not going ANYWHERE! We may enjoy making games and playing pranks, but we plan to be around for decades to come!

So. What do you think we'll do NEXT year?