The 3rd Lord of Chaos 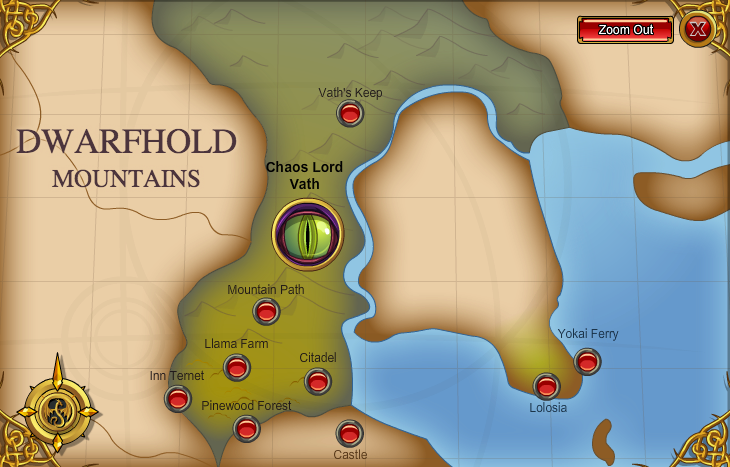 Beneath the mountains and forests, where dwarfs desire gold.

To begin this Chaos Lord saga, speak to Snowbeard at the tavern, he will have quests for you.

Adorable Sisters: Talk to all the sisters in the tavern for the Gem Blessing.

To find the monsters, exit the tavern to the Pinewood Forest (/join pines). 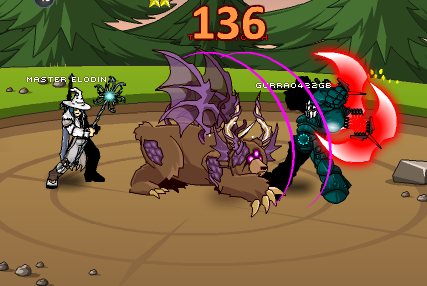 Snowbeard tells you to go find Donna Charmer to get his gold back from her. 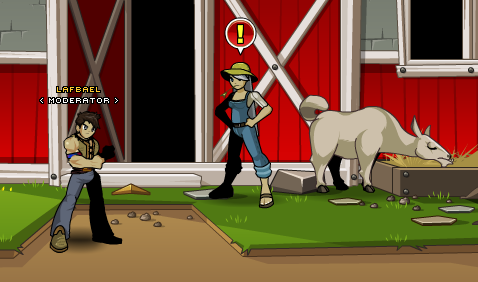 Donna's quests, all monsters can be found in /join pines.

The Spittoon Saloon: Get 6 Red Shell Spittoons from the Red Shell Turtles.

Bear It All! Collect 6 Bear Teeth from the Pine Grizzly.

Follow Your Nose!:  Get a Pine Air Freshener from any monster.  You'll receive "Snowbeard's Gold" as a reward when you turn this quest in.

Give Snowbeard His Gold: Click to accept then turn in to complete the quest.

Speak to Ironfist, the Dwarf Elder.  He'll tell you of Dwarfhold's past and give you information on Chaos Lord Vath, as well as quests.

Bad Memory: Search the area and find the Memory Stone. (Can only be done once). 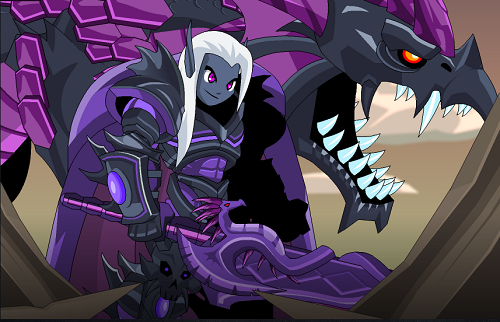 Squeeze Water from the Stone: Gather 3 Water Stones dropped by the Balboa and Ore Balboa on Mountain Path (/join mountainpath).

Carrion Carrying On: Get 6 Vultragon Beaks dropped by the Vultragon on Mountain Path.

Radiant Lamps: Get 3 Vials of Glow Ichor from the Glow Worms.

Having a Blast: Collect 8 Piles of Bat Guano from the Albino Bat.

Follow Ironfists instructions and talk to the Guardian of the Heartstone Forge, Geopetal.

All That Glitters...: Get 5 Gold Deposits from the Chaos Drow.

Talc to Me: Grab a Block of Talc from the Albino Bat.

Rock Me Amadeus: Find Amadeus and get the Key Mold from him.

Now you may enter Upper Dwarfhold. 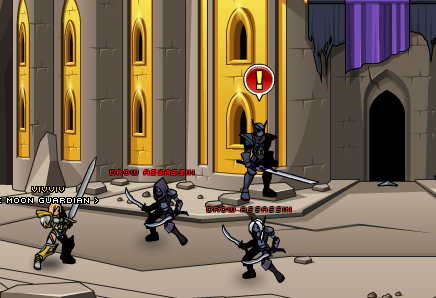 Disapoofed: Enter the Gates of Keep to find Vath's Plans. Make sure you click "Wear cape".

Claws for the Clause: Get 3 Draconian Claw by fighting the Chaotic Draconians.

Scrambled Eggs: Bring back 12 Cracked Eggs, dropped by Chaos Eggs in the area.

The King's Wings: Collect the Terradactyl Wings from the King Terradactyl.

Bugging Out: Get 3 Beetle Glands from the Rhino Beetle.

Your disguise is now complete, time to enter Vath's Keep.

Go back thru the doors from "Dispoofed" quest.  Follow the path until you reach Vath.  A cutscene will trigger. 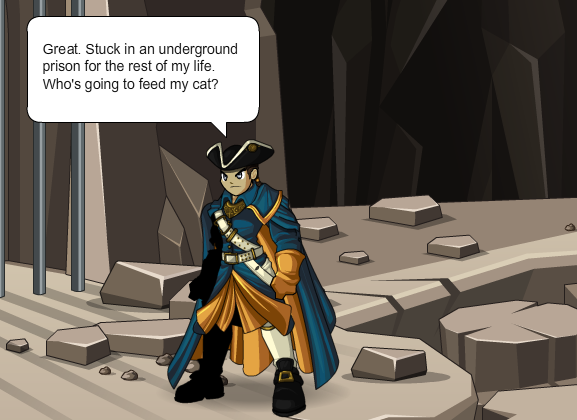 Find Mick Guyver for your quests.

Mock the Lock: Get 4 Balboa Cores from the Balboa, 3 Rusted Claws dropped by Albino Bat and 1 Magnesium Flare from a Chaos Drow.

After go back to where you spawned and click the bars, then return to Mick.

Explosives 101: Get 3 Nitrate Elements from Albino Bat, 3 Drow Shoelaces from Chaos Drow and 2 Flint Stones from the Balboa.  Click on the boulder and a cutscene will trigger.

Follow the path back towards where you found the fake Vath last time.  A cut scene will play and then you'll have to play a mini-game.

Use your mouse to move around, click to shoot a fireball, and hold/release your click to release a continuous stream of fire. When running on the ground, you move slower, but you can also click to eat drow archers to replenish your health. It's not too tricky of a minigame -- just be sure to replenish your health often, as the arrows and the Rock Roc itself tend to whittle your HP down quickly.

After the mini-game another cutscene will play and then you'll have to fight Roc.  When he's defeated follow the path to Vath. 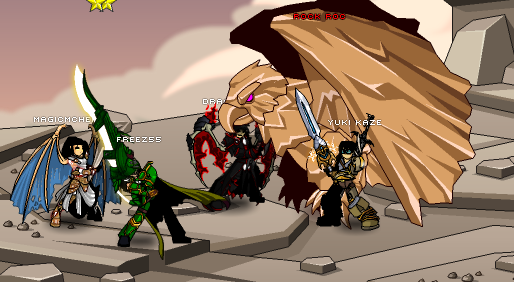 Head up the path watching out for the Balboa's who will attack you.  A cut scene will play and then you can face Vath and Stalagbite.  Take out Stalagbite first, if you attack Vath, his pet will deal massive damage to you.  Once Stalagbite is down, take down Vath and watch the ending cutscene.