The 6th Lord of Chaos 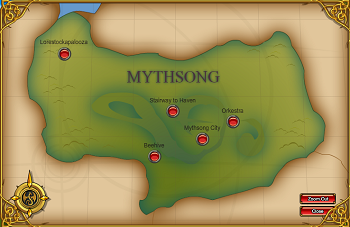 Where music and mayhem go hand in hand.

You can explore Mythsong City (/join mythsong) for its shops and hair salon but the Chaos Lord storyline quests begin here.  Fun fact, this area is filled with references and parodies of muscians, bands and song lyrics, see if you can spot them all.  Chat with Mozzy Mogbourne to start the story.

Rolling Stones: Get 5 Mossy Stones from the Rock Lobsters.

Light My Fire: Collect 1 Box of Brightburn Matches dropped by the Grateful Undead.

Knockin' on Haven's Door: At the top of the stairway you'll find Elwood and Jake Bruise.  Defeat them and return to Mozzy.

Dance on over to the Great Godfather of Souls for quests. 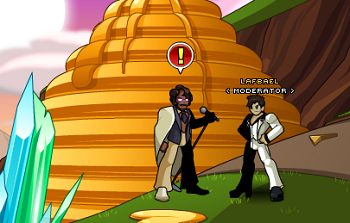 Don Giovanni has information on Chaos Lord Discordia and quests.

Bad Moon Rising: Get 15 Fire Fleas from the monsters.

Burning Down the House:  Fight Pachelbel's Cannons for the Cannon Powder. 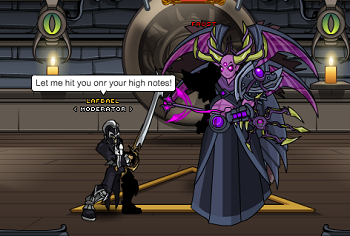 Fight your way through the map by defeating all the monsters in each area.

Now the fun begins.  You must defeat all the monsters in each area before moving onto the next.  After you fight Discordia a cutscene will play that reveals this saga's big twist.  I won't spoil it. 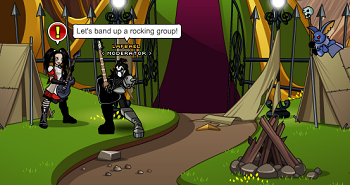 After you beat the Chaos Lord a cutscene will play and then you will have access to the event shop. 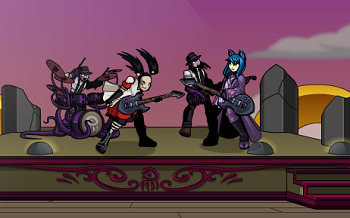 Rock on! Mythsong is saved from the 6th Chaos Lord!