The 7th Lord of Chaos 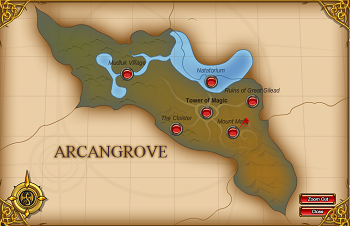 Talk to Rayst, the master of the tower to start your quests. 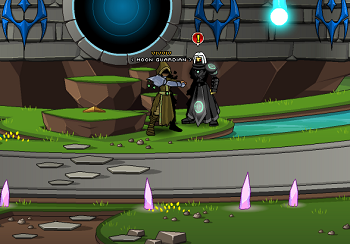 Observing the Observatory: Find the Arcangrove Info by searching the tower.

Ewa the Treekeeper: Got to Cloister (/join cloister) and speak to Ewa.

The Cloister (/join cloister) Must have completed previous quest area.

Talk to the druid, Ewa, for quests.

Bear Necessities of LifeRoot: Search the Mother Tree for the LifeRoot.

It's a Bough-t Time: Visit Reens, the Alchemist, back in Arcangrove to buy a Mana Potion.  Then go back into Mother Tree and click 3 Revived Boughs in the tree. 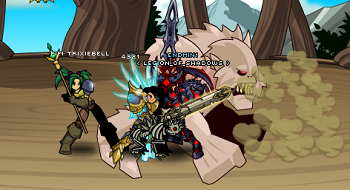 Find Puddylump:  Travel to Mudluk Village to complete the quest.

After finding Paddylump you will be able to continue his quests.

Lord of the Fleas: Head back to Arcangrove and fight Gorrilaphants for 12 HUGE Fleas.

Gates and Guardians: You will need to click the gems in a certain order to unlock the gate.  After that's complete fight the Tiger Leech for Rod of Defiance.

Water You Waiting For: Go to Natatorium to complete the quest.

The Deep End: To get to Nessie you must move the three statues onto the pressure points to open the gate.  It's quite hard and may take some time.  Once the gate is open you can fight Nessie.

Step on the shells to move the statue.

Fine Umbra, The Master Shaman: Travel to the Ruins of Gilead to complete the quest.

Entering Gilead you will find Umbra, the Shaman, he will have quests.

The Root of Elementals: Get 5 Dreg from the Earth Elementals in Gilead and 4 Seed Spitter Spirits from Seed Spitters in Arcangrove.

Eupotamic Elementals: Collect 5 Aqueous Essence from Water Elementals in Gilead and 6 MerCore from Merdraconians in Natatorium. 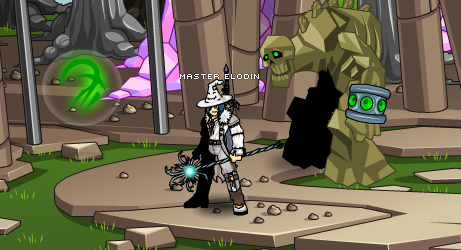 Find Felsic, the Mana Golem: Journey to Mount Mafic to complete the quest.

Speak with Felsic for more quests.

Kindling Relationship: You will need to lower the three drawbridge by clicking the glowing orbs, it can be done in quickly if you do it properly.  After fight the Mafic Dragon. 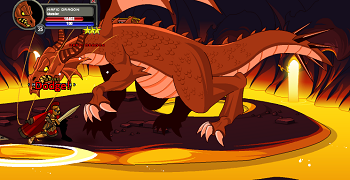 Rayst will guide you through this last part. 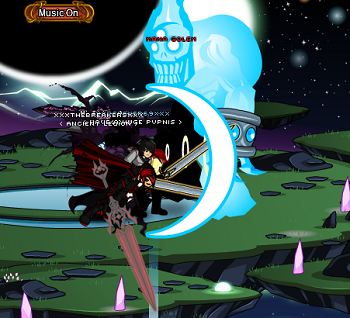 You can go up the Tower of Magic in Arcangrove and teleport to this area.  Once here Rayst has your final quest.

Chaos Lord Ledgermayne: Defeat the Chaos Lord.  He has a super attack which he needs to charge up for, when he does run to the pads on either side so you're not fried.  Defeat him and find out why Drakath is smiling. 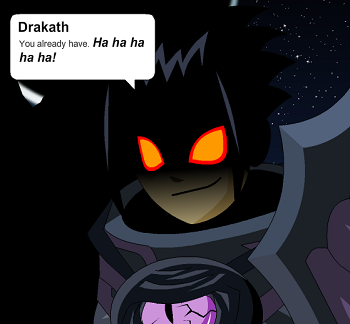 Excellent! The balance of Magic has been restored to Arcangrove!