How To Play AQWorlds - 14: Player Vs Player

Player vs Player or PvP is a popular part of the game. Here you can fight other Heroes in real-time combat! To join a PvP arena open the Game Menu > More Battles > Player vs Player.

*This is only an introduction to PVP guide. For a more indepth look with tips read this Player Vs Player guide.

Once you chose an arena you’ll be queued and must wait for enough players. As of right now there are only 2 different PvP arenas. 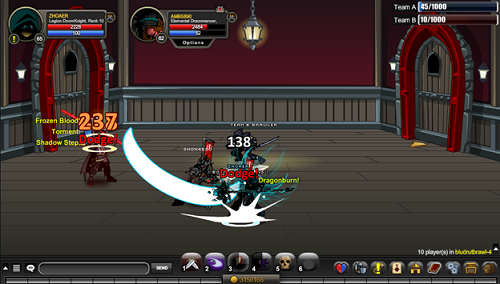 There are 2 teams. Team A and Team B. To win your team must kill the other teams General or be the first to reach 1000 Points. You can weaken the enemy team’s general by killing their Restorers which weakens the generals healing powers and Brawlers which lower the generals attack power. Getting to the general is difficult because they are deep in enemy territory. You can gain points by killing Restorers and Brawlers as well as Players on the Enemy team. 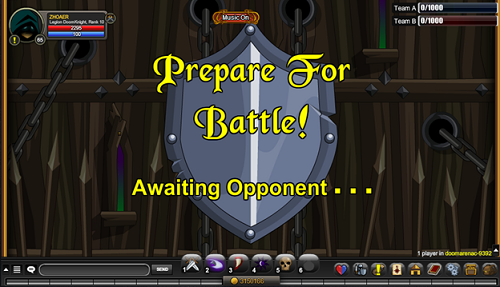 Show off your strength and skittles against other players to decide who’s the best! Anything can happen here! The awesome music that plays makes this really intense.

When you complete a PvP match you’ll earn combat Trophies even if you lose! You can spend these on rewards 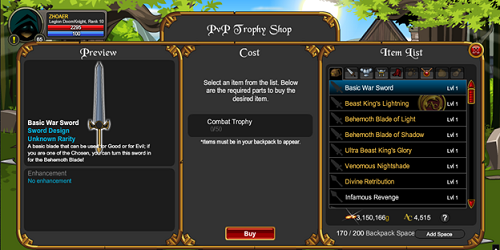 But the most important rewards are the necklaces. These necklaces increase your total HP when you’re in an arena. 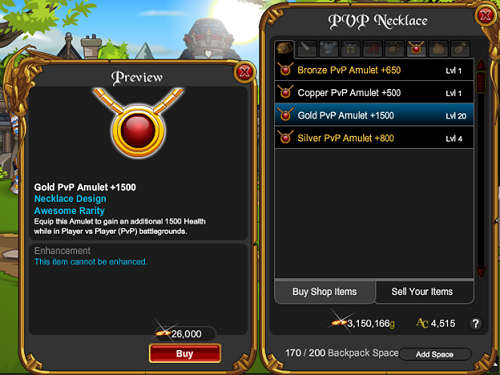 Back: Staff and Reporting
Next: Houses

Back to Table of Contents