The 4th Lord of Chaos 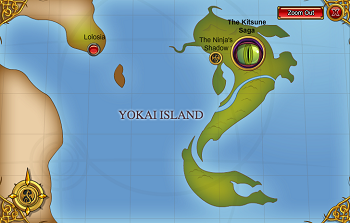 Home of Emperor Daisho and the Hanzamune Dragon Koi Blade

Ai No Miko has sent you an invitation to the DragonKoi Tournament! But Cap'n Herlock needs your help!  Rid her ship of the Kappa Ninja so you can sail to Yokai Island.  Must clear each area before moving on.

Fun side note, this area was inspired by Artix's real life trip to Japan.

Find Daisuke for the storyline quests, a cutscene will play and then it's time for the Tournament!

Head into the battle arena to face your opponent.  Announcer Guy will tell you who your next opponent is. All the fighters are references to popular anime and games.  During your last match a cutscene will play.

You will now be in Hachiko, Ai No Miko will have quests.

Dog Days: You will need 5 Ninja Questioned and 5 Samurai Questioned, fight the Ninja Nopperabo and Samurai Nopperabo for this,

Faceless Threat: Fight any Samurai Nopperabo for the Note From DT.

Zodiac Puzzle Key: You need to bring back one of each of: "Rat-Ox-Tiger Piece," "Rabbit-Dragon-Snake Piece," "Horse-Sheep-Monkey Piece," and "Rooster-Dog-Pig Piece" to complete the quest. This is without question the hardest quest to complete. Only certain monsters drop the items, but here is the key to it. 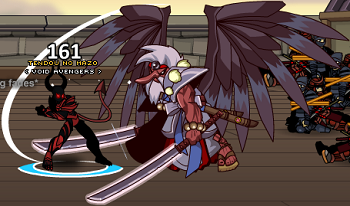 The Fiery Fiend: Get a Jinmenju Fruit Bundle from SoulTaker

Dumpster Diving: Follow the path to the shrine for the Tsukumo-Gami Triubute.

The Hunt for the Hag: Get a Fresh Liver from Onibaba.

Su-she: Bring back Nori Recipe, Cucumber Recipe, and Sumeshi recipe from the monsters.

Kappa Cuisine: Gather 6 Dried Nori Leaves, 1 Fresh Cucumber and 3 Bundles of Sumeshi from the monsters.  Then head to the shire to make the Kappa Maki Roll. 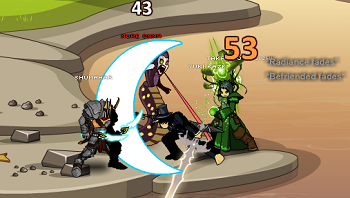 Speak to Neko Mata for your quests.

Legends have the opportunity to fight O-dokuro, free players can proceed to the war.

Defeat each monster in the area to proceed up the path to O-dokuro.  Defeat O-dokuro's Head and a cutscene will play. 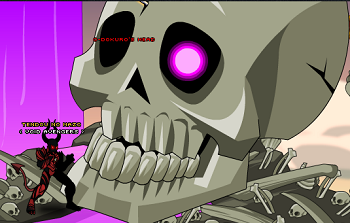 You've fought a war of yokai and defeated a giant skull.  Now face the 4th Chaos Lord Kitsune but be careful, only attack him in his Chaos Lord form.