The 11th Lord of Chaos 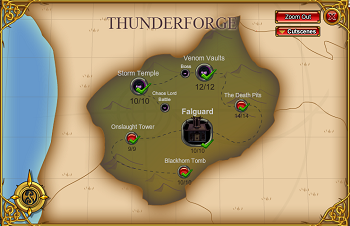 Home of the Darkblood race and Tears of the Mother: Cleanser of Chaos

Journey to the Blackhorn Tomb to aid General Lionfang, one of King Alteon's knights, investigate a cure for Chaos. He has some quests for you. 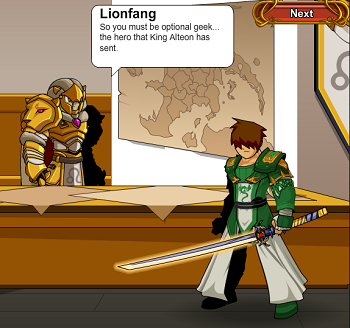 Fire Is The Thing: Collect 3 Pieces of Cloth from Restless Undead, 3 Gas Bladders from Tomb Spiders, and click for Glass Bottle.

The Wall Comes Down: Destroy the wall. 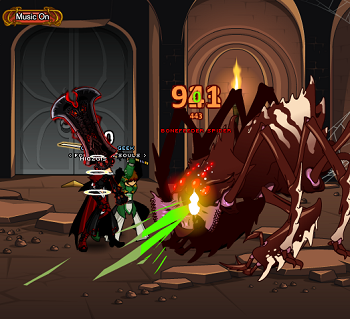 What Lies Beyond: Explore further into the tomb.

Fight your way to the Tower by defeating each monster in the room.  Talk to Gravelyn on how to access the Tower without dying. Inside the Tower you will find Archlich Xollen who has quests.

Lion Hunting: Search every room of the tower.

The Key To Survival: Collect 4 amulets from Golden Casters/Cavalries/Warriors.

The Tools: Search the tower and collect 8 Reagents.

The Talent: Speak to Gravelyn to get enchanted.

The Local Locale: Place 4 amulets around the tower.

Leave No Rug Unturned: Search the tower for the Dungeon Key

Tame The Lion: You can now access new areas of the tower. Defeat Maximilian Lionfang. 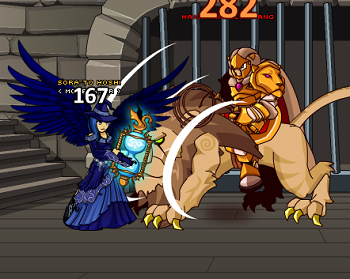 Journey to Falguard, home of the Darkblood.  The main city in Thunderforge, you can find rep vendors and different shops here. Speak to Madra for quests.

Take Up The Cause: Defeat 6 Chaonslaught monsters.

Restocking: Click on Saluk in the armory for Scraps Delievered.

An Inside Job: Defeat all monsters inside the Inn.

The Open Temple: Defeat the Primarch. 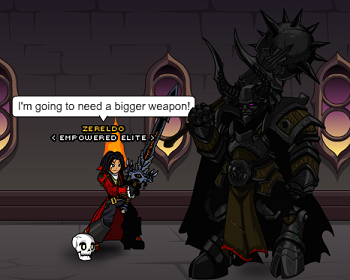 Speak to Logash and complete his quests.

A Perfect Skull: Collect an Intact Skull from Rotting Darkblood.

They Sense You: Defeat 3 Rotting Darkblood.

They Hate You: Defeat 3 Ghastly Darkblood.

Ties to Life: Get 12 Bones Burned by clicking around the map. 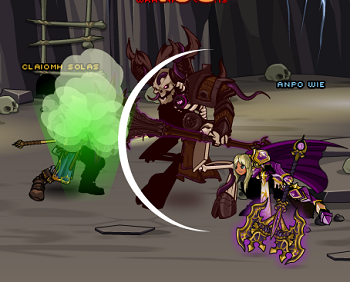 Sir Valence will be waiting for you to give you some quests in order to defeat the Chaos Beast and information on Lionfang. 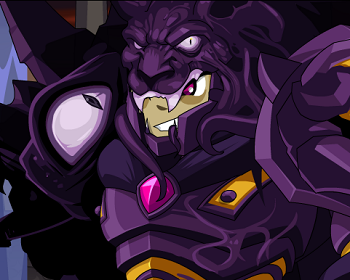 Secret Of The Mad Prince: Click the map for Journal Found.

Potion of Clensing: Click the map for Recipe Found.

Time For Supplies: Collect the Potion Vial from Chaonslaught Casters.

Introduction: Place 3 AntiVenoms around the map by clicking.

Take Out The Chaos Manticore!: Defeat the Manticore. 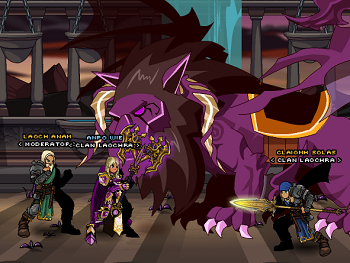 Finally you have reached Chaos Lord Lionfang.  Madra is back to guide you.

Mouth Of the Lion: Defeat 6 monsters. 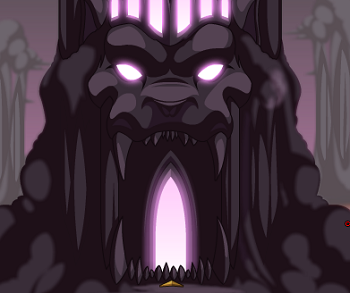 Storm the Storm Temple: Find the Lightning Key dropped by any monster.

A High Minded Matter: Click for 3 Cloud Matters on the map. 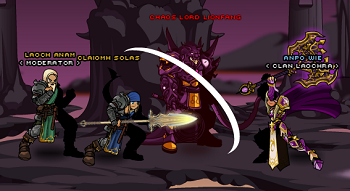 Cheer! Falguard is safe with the defeat of Lionfang.