Introduction to Lords of Chaos

Greetings and Saluations Hero! So you have come to Lore insearch of adventure?  This is the guide for you!  Below is the 13 Lords of Chaos Guide, which has been the main storyline for AQW for nearly five years.  Everything you need to know from after you create your character to the final showdown* is listed, from where to go, who you should talk to and quest information.  We hope you find this informative on your quest to defeat the Lords of Chaos.  BattleOn!

*Final showdown is currently going on in game!! 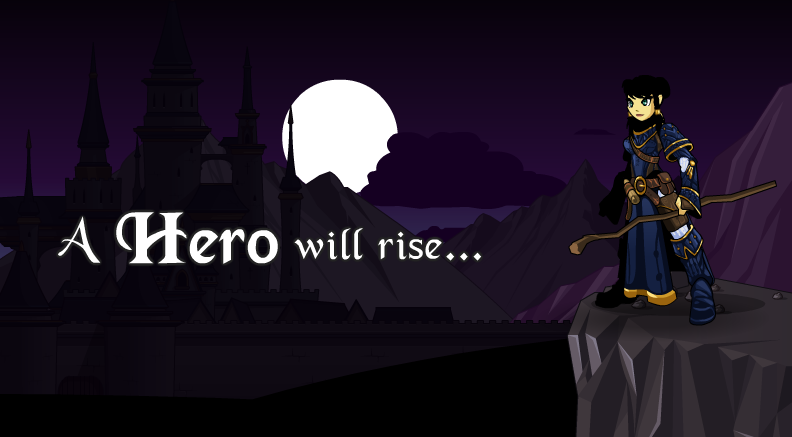 After creating your character you must complete the tutorial in Breakstone.  Talk to Lord Brentan to find out what's going on with Princess Tara.  Proceed down the path to Cleric Joy for the quests. Look out for the information on how to play the game in the top right hand corner of the screen.

Key to the Tower: Defeat a Zard to get the key. (Can only be done once)

After walk Up towards the Tower.  After the cutscene plays talk to Galanoth.

Save The Princess: Defeat the Dragon to save Princess Tara! (Can only be done once) 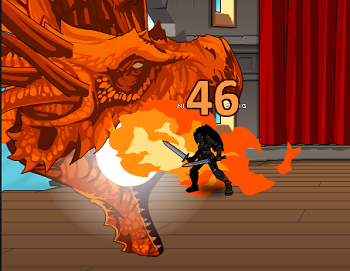 Bone Up on Battling: Slay 7 Skeletons. (Quest is not part of the storyline and can be done at any time).

Continue down the path, talk to Twilly to learn about Enhancements.  Click the Blue Arrow by the Rock.  Inside talk to Skeletal Shopkeeper to learn about using Shops.  Click Zorbak to get quests.

Click the Blue Arrow on the Rock and walk through.  Click the Book of Lore on the ground.

Talk to Artix & Robina.  After the cutscene, defeat Princess Tara. 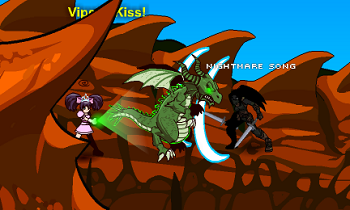 After proceed to Battleon! Congratulations, you've completed the prologue and ready for your next adventure! 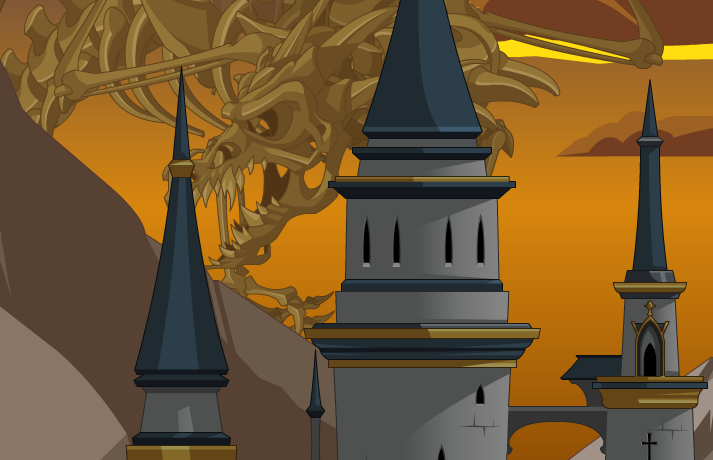 Talk to Cleric Joy to go to Swordhaven which is under attack by Sepulchure and his skeletal minions.  Find Sir Pass by the Castle gates to begin. 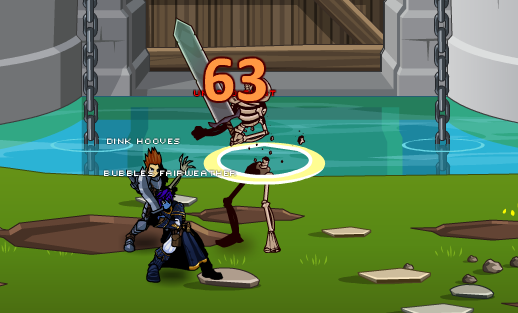 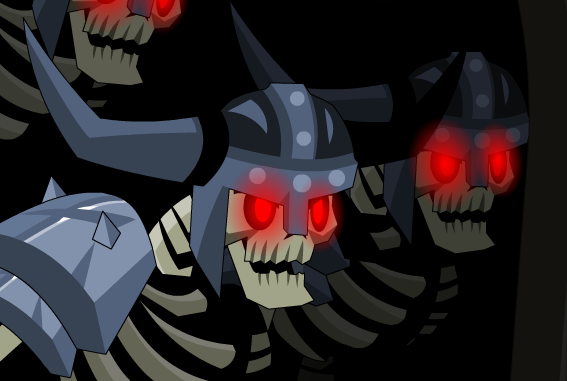 After beating the Undead Giant, proceed to the Castle and speak to Robina.

Talk to the Knights: Collect info from the 5 Knights.

Defend the Throne Room: Collect 12 Skeleton Skulls from the monsters. 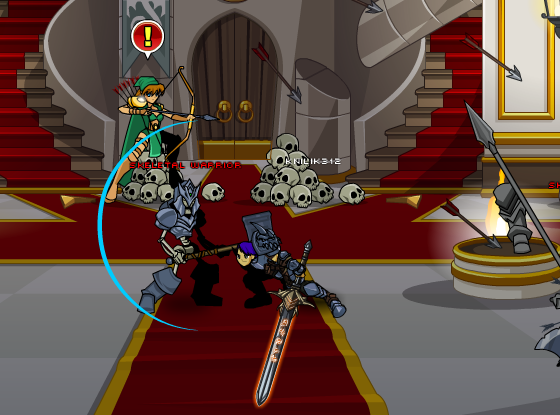 Proceed to the throne room to talk to King Alteon.  You will now be given the choice, side with Good and pledge yourself to King Alteon or side with Evil and defend the ShadowScythe. 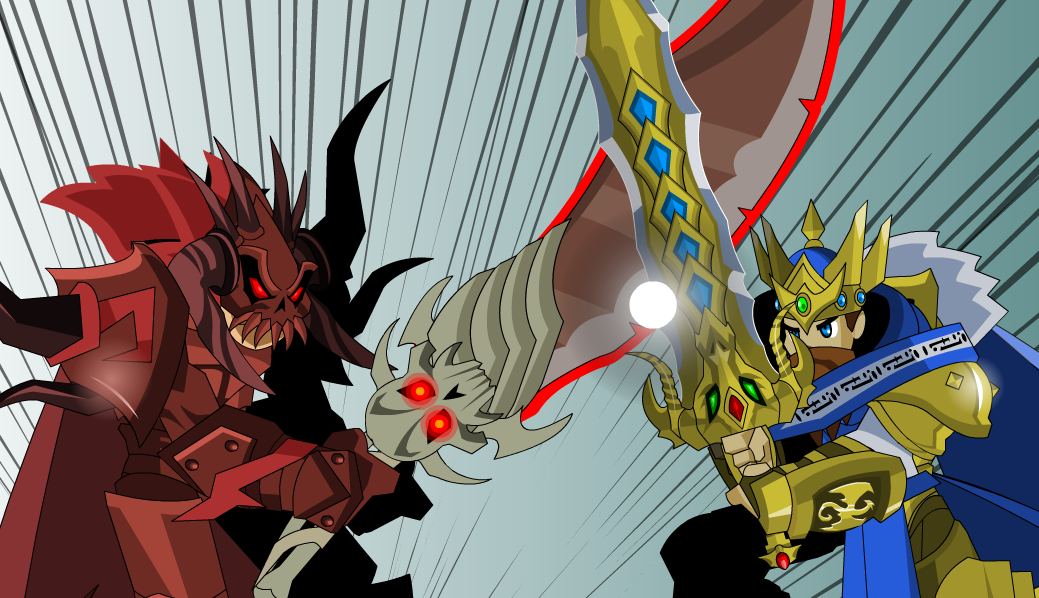 However, there will now be a chaotic twist to the plot...

After speaking to Alteon you will need to convince Empress Gravelyn to work with Good in order to fight Drakath and Chaos.

Recover Sepulchure's Cursed Armor: Talking to Gravelyn will take you to the Chaos Crypt (/join chaoscrypt).  Defeat 5 Corrupted Knights (you must defeat each one in the room before you can continue).  Collect Sepulchure's armor to activate it, defeat the Corrupted Armor and return to Gravelyn. 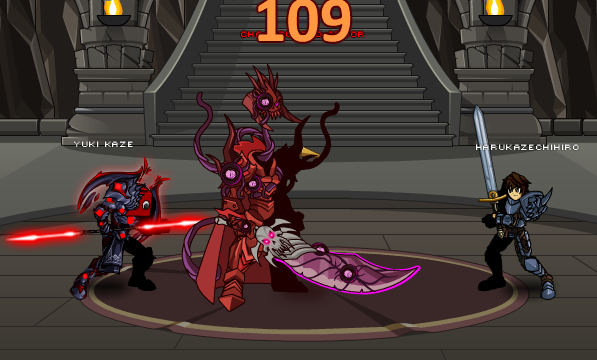 Collect the Gold: Speak to Baron Bayconn in Alteon's Throne Room in Swordhaven Castle (/join castle).  He will throw you in prison (/join prison). Defeat the Prison Wall then fight your way past 5 of King Alteon's Knights, you must defeat each one before moving to the next area.  Up the stairs you will find Bayconn and his Piggy Drake. After defeating it Bayconn lets you into the vault, collect 5 Piles of Gold, then return to Shadowfall.

Head back to see King Alteon for his quests.

Capture Chaorrupted Animals: Travel to the Forest of Chaos (/join forestchaos), you will need to defeat 7 Chaorrupted Wolves making your way to the Chaorrupted Bear.  Return to Alteon when you have beaten it. 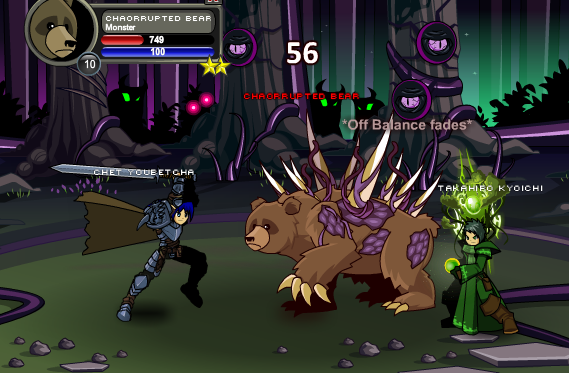 The King has received a message from the Necromancer's in Marsh for help.

Speak to Wez to help clear the swamp.

Things that go Bump in the Night: Get the monster description from Marsh Smell-o 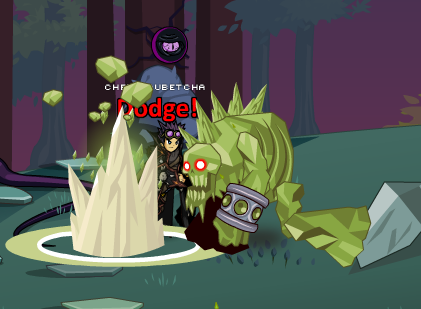 You are now ready to face Drakath and his Lords of Chaos.  Below are links to each of the individual Chaos Lord saga for easy access.