The Queen of Monsters' Frostval

The World Breaks as the Ancients Return!

After the Champion of Chaos let the Queen of Monsters loose, refugees from across the world flee to a new continent as the land grows colder and winter storms rage. Fight alongside Syrrus the Astromancer at the shattered Tower of Winds. Build a planetary gate that will allow a mysterious warrior mage's army to journey across spacetime and add their blades to the battle! 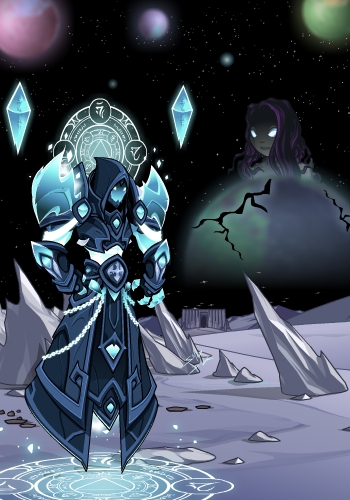 The WorldBreaker Rises as twilight falls across the world.

Journey to a NEW continent to begin the introdution to our new storyline, "Ancient Evils," as the Queen of Monsters gathers strength and begins to build the army she'll use to conquer our world! With 35 quests to complete, new lands to explore, and 7 elemental starstones to locate, you've got more do than just save our winter holiday...

Past, present, and future Frostval items freeze the insides of Quibble Coinbiter's pack... and YOUR inventory! AQWorlds' very own time-traveling sales moglin arrives in Battleon this Friday, December 19th, with gear from across space AND time! But he won't be there long, so you'll want to dig through his chest of never-before-seen-slightly-used items and rares while you can! 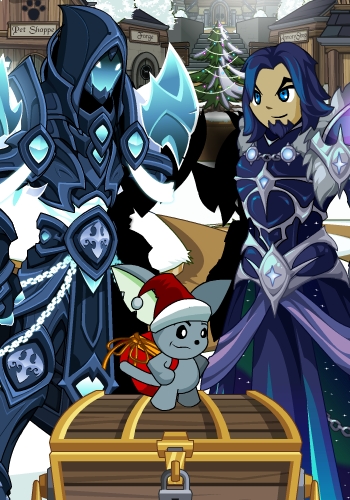 Just in time for snowstorms, blizzards, and BIG boss battles, we've got the CryoMancer Class arriving this Friday! You can get your winter gloves on this supercool class for 2000 AdventureCoins or through farming for tokens from a Daily Quest. (Members will be able to earn tokens twice as fast!) 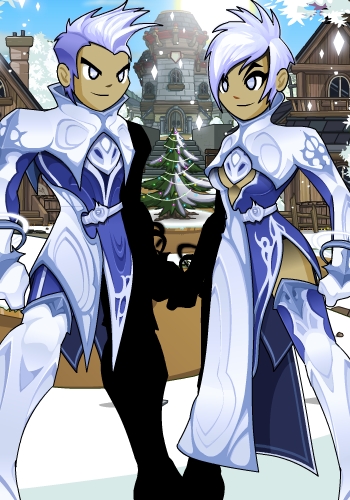 Once the CryoMancer Class releases, speak to Syrrus Terminer in the Tower of Winds OR talk to Quibble in Battleon! Both will have daily quests that rewards you with Glacera Tokens when you complete them. Non-members can earn up to 14 a week but there is a special Member version of the quest that will reward Members with up to 21 Tokens per week.

Starting next Tuesday, December 23rd at 10:30 AM EST, our Frostval Limited Quantity Packages will go on sale! There are a limited number of packages, so if you want to snag these ice-cold collectibles to boost your rare collector rep, read on to see what's coming! 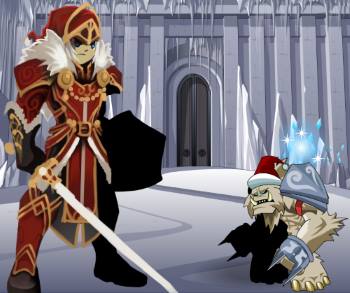 Keep an eye on the Design Notes for more art previews, quantites, and a restock schedule!