Pirate WAR in Darkovia and the Yokai Isles!

Join us this Friday, September 16th, for the fan-favorite holiday event: Talk Like a Pirate Day! Get the best booty of the year as you battle for the Midnight Crown! 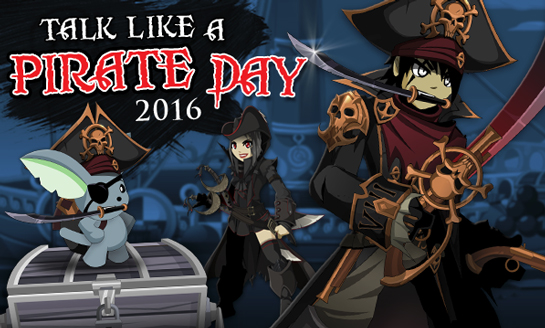 This year, the Talk Like a Pirate Day 2016 WAR will take place between the Vampire and Lycan Pirates that fight for control of the Midnight Sea, which lies just to the right of the Evernight Mountains in Dwarfhold. 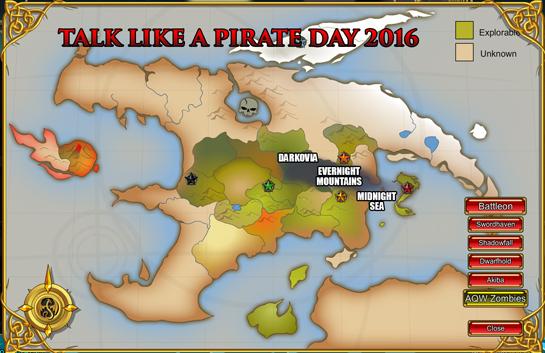