The Hunt for Greased Lightning... BEGINS!

Valencia the Treasure Hunter Needs you to Return to the Crash Site!

Valencia has heard whispers of an ancient time traveler's spaceship that crashed long ago on the old continent. Rumor says that the ship's captain collected valuable relics from throughout Lore's history, which Valencia hopes to find. 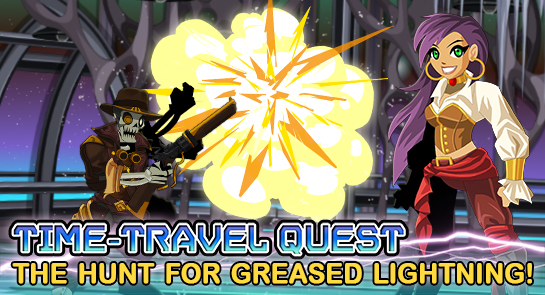 In particular, the ship is said to have carried the legendary Enchanted Rod of Greased Lightning, an artifact that increases the speed and dexterity of whoever holds it. Past explorers may have failed to find this magical relic, but Valencia won't – not with you at her side! 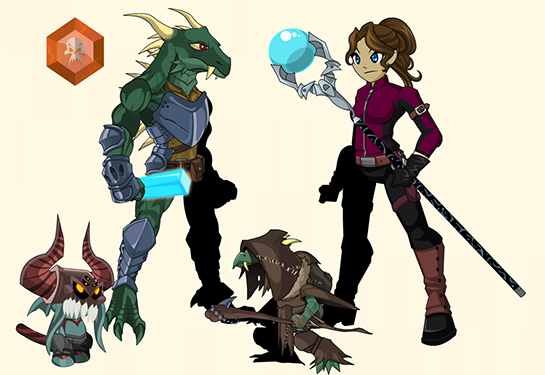 Once you've finished the release, check out Dwobo's Merge Shop! Battle to get Dwobo Coins and trade them in for sweet gear he's "borrowed" from the time-traveler's ship! Or get the Dwobo Bank pet right away for 2000 AdventureCoins!

Return to the Dwakel Crash Site

To begin tonight's NEW release, you'll need to journey back to an OLD fan-favorite map, the Dwakel Crash Site! /Join Crashsite to start the adventure and, if you've been with us for a while, enjoy reliving the memories!

We have been listening to your feedback on the Nulgath birthday farming quests since last Friday, and tonight we've updated several of them!

These quests were intended to release with the coins, but their absence was missed last week. We've added them in to keep them (and the rewards they give) in line with the original items. I apologize for the oversight; to make it up to everyone who's farmed the requirements for them already, keep an eye on Nulgath's merge shop. We'll be creating a pet which will require the same items, so you'll be able to get THAT pretty easily!