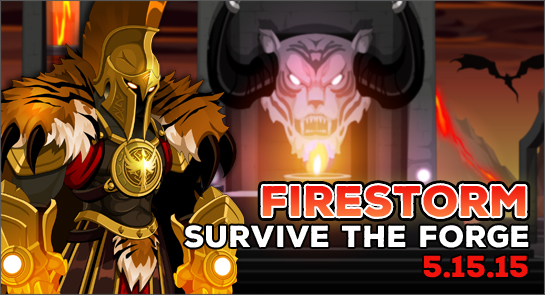 If you haven't played through the Firestorm Onslaught storyline yet, you're missing out on one of the hottest zones in AQWorlds! Read on to find out what you've missed, and how you begin your adventures to save the people of Embersea from the Queen of Monster's fieriest general! In the last release, heroes had to battle through the Fyreborn Caverns and take down Cinderclaw the Ravenous... but so much happened before that!

The Firestorm Onslaught story so far...

Phoenixrise: Pass through the Pheonixrise Gates and battle to save those taken by the Onslaught. Defeat the dread beast Cinderclaw the Ravenous before it's too late to save them! /Join phoenixrise to begin the adventure once you've completed quests in Feverfew!