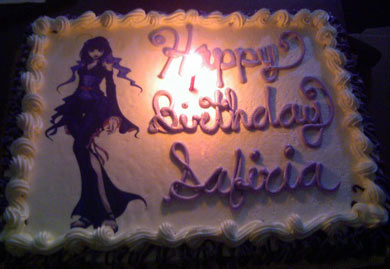 On to the release! War has broken out in Mythsong Canyon, giving a whole new meaning to “battle of the bands.” Chaos Lord Discordia and his fan-club of 1,000,000 Music Pirates are not only stealing music… but the bands themselves! You and your friends must team-up and stop the Pirates before the Lead Zeppelin makes it way to Lorestockapalooza. The Chaos Beast is believed to live deep beneath the concert… but if Chaos Lord Discordia reaches it first… well… heh…. <gulp>!

Stopping Music Pirates is a reward of its own. But if you want more of an incentive, then the War Shop is your best bet! Mozzy has an assortment of Mythsong Weapons for you to help achieve victory during this war: Bass Clef Bow, Shadowscythe Reaper Guitar & Swordhaven Battle Guitar (player suggested!), and the Megaphone MegaGun. The Music Pirates on board the Zeppelin drop some weapons too… but they’re pretty rare… so good luck getting them! 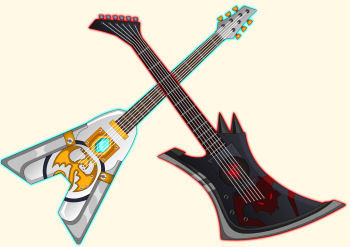 Inspired by our fellow player RedLeafChannel!

Father’s Day is this Sunday! Show the world of Lore that your Dad is #1 with a bundle of Event Rare Items! Last year’s favorite rares have returned to Battleon along with 5 new never-before-seen gifts (all of which were inspired by our twitter-friendly friends). 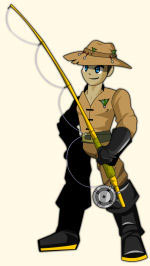 Get your hands on these 100% Dad-approved items:

Oh, and there’s a NEW gun in the Upgrade Shop in Battleon. Get your Precise Assault Magnum today!

So whatta you still doing here for? Mythsong Canyon needs you RIGHT NOW! Gather an army of your friends (and possibly some well-armed ninjas) and bring the battle to those Music Pirates!

Battle On... the Lead Zeppelin!