Synderes is LIVE at Yulgar's Inn

Rock Out with the Band, then Battle for their Gear!

Lead by lead singer Amanda, aka Synder, Synderes is a rock band that formed not far from the Secret Underground Lab back in 2012... and their music is really addictive! They'll appear onstage in Yulgar's Inn starting tonight alongside the Thunderfang Spire release. Before you jump into the dragon adventure, you'll want to /dance to their newest song, then /join enemyforest to battle Expendable Rogues, Evil Elementals, and the Enemy Inside to recover the band's most valuable treasure: the Synderes Sock Monkey! 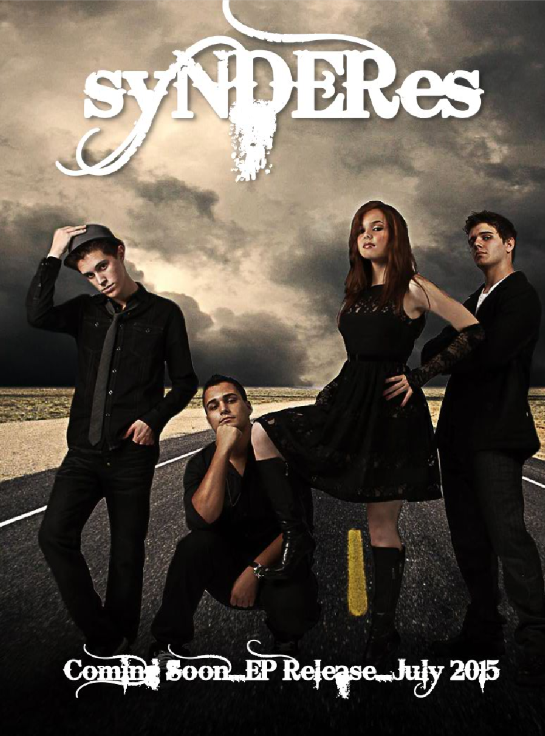 Battle Through the Forest of Good and Evil

Talk to Serenity in Yulgar's Inn to watch Synderes' music video, "Enemy Inside," then /join enemyforest to battle through the Forest of Good and Evil! You'll need to fight Imps, Evil Elementals, Expendable Rogues, and the Enemy Inside before you'll be able to recover the Synderes Sock Monkey! As you quest, you'll gain Synderes Souvenir Tokens which you can use to create the merch from their merge shop! 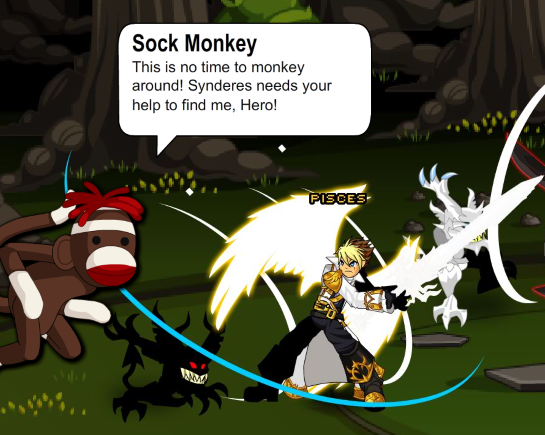 How We Found Synderes and Who They Are

We first met the members of Synderes last year at MetroCon. Then, last month, they toured the Secret Underground Lab and filmed the latest AdvenureCouch episode. The members of Synderes, led by lead singer Synder first came together in 2012. They began playing not far from the Secret Underground Lab, and quickly got the attention of producers and music lovers around the world. After winning iHeart Radio’s Rising Star contest, they went right back into the studio to produce even more amazing music!

A couple days after they toured the Lab, Artix sent me the links to their Enemy Inside and Expendable videos, and before the first one was done, I was singing along. They reminded me immediately of Evanescence (which is not surprising; it's one of Amanda's favorite bands).

When I met Amanda, their lead singer, I was incredibly impressed by her passion, enthusiasm, and creativity. I got a chance to sit down with her after their tour of the Lab, and she talked about her music, what inspires her, and how much she loves writing. (Then we geeked out over fantasy novels in general, because who doesn't love a good epic adventure?!) 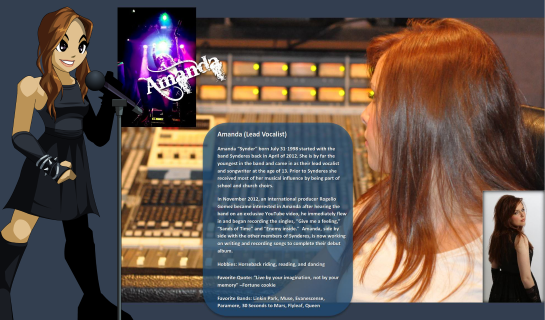 The surprising thing is how young she is, especially considering how POWERFUL her voice is. Think you can guess? Good luck, because I tried and was WAY off! Check out their appearance on the latest episode of AdventureCouch, where Artix interviews Amanda and Anthony. 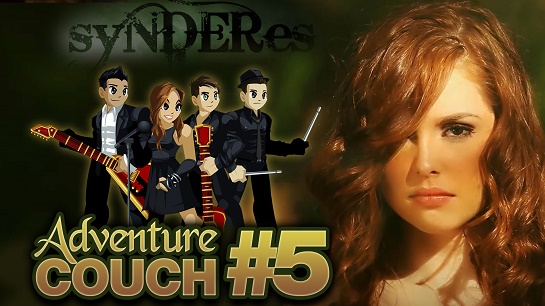 Amanda is really genuine and dedicated to her craft; it was easy to see from the stories I've heard that the rest of the band mirrors that dedication and passion.

They are all SO hyped to share their creations with you (including a sneak peek of their next EP) and that's why WE are so excited about bringing them onstage in Yulgar's Inn!

Update: the updated Synderes Cape of Shadows and Blade of Shadows files were eaten in a massive computer failure. I am rebuilding the fies tonight, and will release them ASAP.