The "Collector: Vindicator of They" and "Dage vs Nulgath War" Events Return!

Join us this week as we bring back TWO fan-favorite releases - "The Collector" and the "Dage vs Nulgath War" while the team focuses on building the assets for next week's Living Dungeon release from Artix! If you're just joining us, these two events will be all-new to you - for those of you who have been with us for a while, you'll find some new gear to quest for and relive old glory battles! 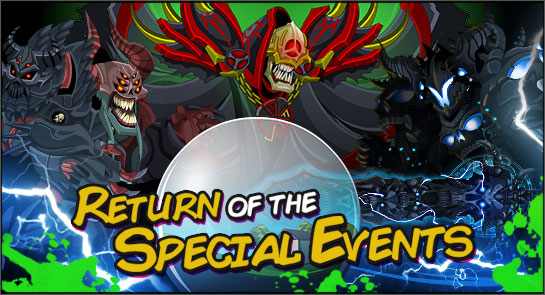 Thank you for supporting AQWorlds as we work to bring you amazing and insane summer releases! Normally, we do not bring back old events, but the last 3 weeks of releases have been pretty insane, and when you're on a weekly release schedule like we are, we have to keep the schedule pretty tight!

In order to do justice to Artix's release next week, we delayed it, but to make sure you have battles to fight and rewards to earn this weekend, we've returned The Collector and the Dage vs Nulgath War!

Starting tonight, you'll be able to battle through the Dage vs Nulgath War maps to earn the Legend-only Eradicator 9000 from Nulgath, or find the Archfiend Genisys armor set in your game menu! Battle the underworld monsters, rewatch the war's cutscenes, and then get ready for the return of... 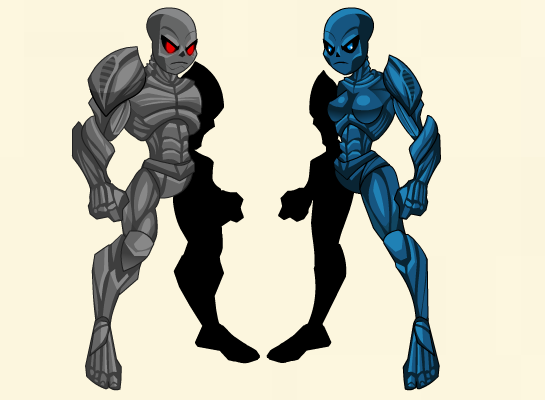 The "Collector: Vindicator of They" Returns

Battle through space and time as your to defy The Collector - a being that wants to trap you in another dimension... where YOU are the most prized possession in his stash of epic rare Heroes! Your Great Destiny got you into this mess, but your epic battle skills and superior combat strategy are going to save you!

Because we couldn't get ahold of They Might be Giants to reuse their music and appearance, we've replaced them with Will and Fred of the Wyld Dragons (parodying Bill and Ted of the Wyld Stallions).

Starting this weekend, save Will and Fred and battle your way through the daily quests they offer to unlock the new Collector Class! This is a new, different version of the Vindicator of They Class, which released back in 2011. It has different art and slightly different skills - it's designed to be stronger in PvE, while VoT is stronger in PvP. 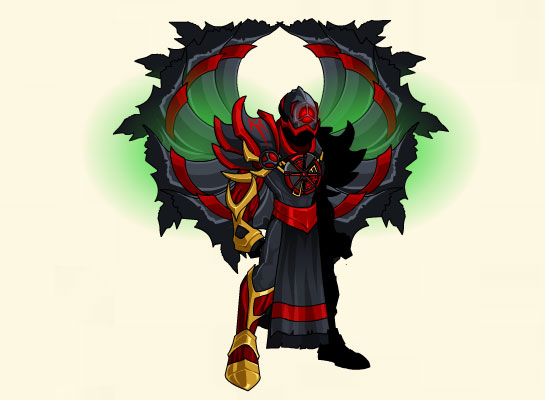 The non-member Collector Class will be sold for 2000 ACs in the Event Rares shop in your game menu OR you can earn it by stocking up 90 Tokens of Collection (using the exact same type of daily quest the original players did to get the Vindicator of They Class)! The rest of the set will be available in the Tokens of Collection Merge shop THIS Friday!