This Friday: Shadowfall Under Attack

The Infernal Invasion Saga Continues as we head to Shadowfall!

Join us this weekend as the Queen’s army of invaders attacks their biggest, deadliest target yet - Shadowfall! Battle to help Empress Gravelyn and Princess Victoria complete their plans AND defend her fortress as it's overrun by a flood of infernals! 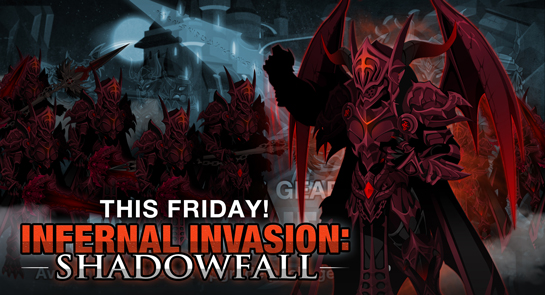 This weekend, if you're up to date on the Infernal Invasion Saga, /join shadowfallinvasion to begin OR get caught up by looking at the AdventureMap in your game menu! 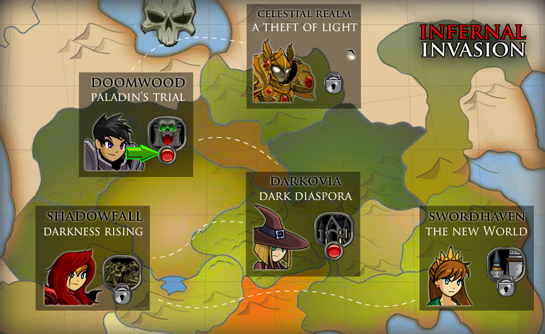 Shadowfall MUST rise again if you, Gravelyn, and the Shadowscythe army are to help the rest of the world! Gravelyn's scouts tell her that the damage in Darkovia has been severe. The vampires have gone to ground across the Sea of Darkness and the Lycsn tribes have scattered across the lab. 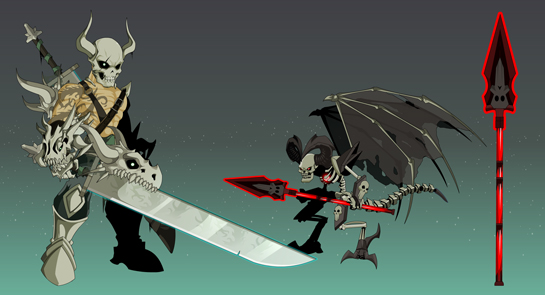 Battle the boss and other mobs for a chance to unlock reward gear!

This week's release is the next-to-last chapter of the Infernal Invasion sstoryline - the final chapter will take place next month, in Swordhaven. But do not think the story ends there! We have been using the Infernal Invasion as a bridge into the completely-rewritten Queen of Monsters main storyline. THAT will begin early next year as we travel to TWO new hub towns - Drakath's lair... and the Queen's basecamp, where here infernal army is headquartered.

Then, and ONLY then, will you be able to join Drakath's Chaos faction or decide to fight FOR the Queen of Monsters. IF you do choose to join her horde, you will be able to rank up the queen's faction and unlock all the different armors (and ranks) inside the Infernal Army. (Including Lord Balax'el's!)